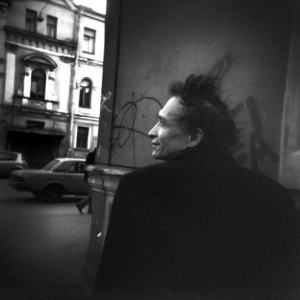 The Kremlin is baffled by US media reports about President Vladimir Putin’s second G20 meeting with Donald Trump, according to spokesman Dmitry Peskov, who said the language used to describe the meeting “raises eyebrows and causes confusion” and that it is “a sign of schizophrenia” to claim that the meeting was either secret or undisclosed. Foreign Minister Sergei Lavrov says it is absurd for the European Union to draw any connection between its relationship with Russia and the full implementation of the Minsk agreement. Russia may have successfully smuggled Siemens gas turbines into Crimea without the company’s permission, but it must now face the purportedly impossible task of switching them on without the manufacturer’s help – “a tough test of the country’s engineering resourcefulness, fraught with technical problems, expensive and a legal minefield”. Russia and OPEC will continue to work together on balancing the oil price. A Kremlin-linked energy think tank says it expects Russian oil exports to fall this year by around 0.7%, thanks to the OPEC deal (production hit a record high last year). Gazprom has made $2.6 billion worth of investments in Yakutia over the past four years. Russia’s Uralvagonzavod is sending several hundreds of tanks worth over $1 billion to Iraq this year.

Philipp Budeikin, the man who masterminded an online suicide game called “Blue Whale”, has been sentenced to three years in jail, after he was linked to the suicides of two teenage girls. The State Duma has doubled the jail time for inciting a person to commit or attempt suicide. It also approved legislation that would allow naturalised foreigners convicted on terror-related charges to be stripped of their citizenship; and is on its way to passing a new bill that toughens the punishment for carousel voting (casting repeat ballots at different polling stations).

Novaya Gazeta journalist Yulia Latynina’s house was poisoned with caustic liquid, causing injury to eight people, including Latynina herself. She says this is the 14th attack against her, and attributes this most recent attack to her writing about Kremlin-linked businessman Yevgeny Prigogine.