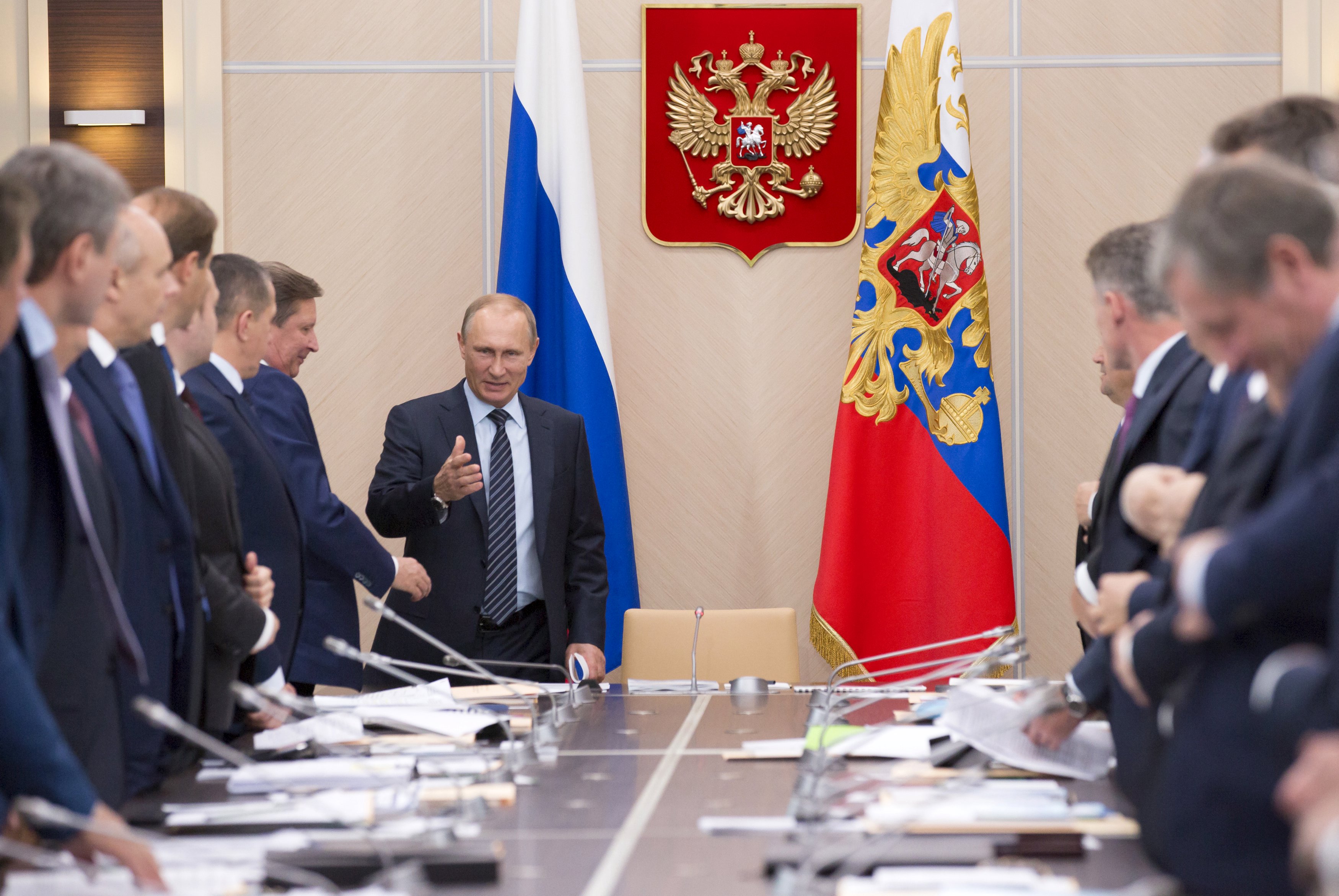 Sergei Ivanov, the Kremlin’s chief of presidential staff, admitted that Russian planes and equipment were deployed to Syria in advance of Russia’s military campaign there, and defended the Kremlin’s response to Western accusations that an intervention was underway at the time, saying ‘we didn’t confirm or deny it, we simply didn’t comment on it’.  General Andrey Kartapolov spoke to Bloomberg about the breadth of Vladimir Putin’s plans for Syria – a much broader goal than previously publicly announced, which is to retake all territory lost to opponents of President Bashar al-Assad, including those backed by the U.S. – just as had been initially reported, when in the early days of its strikes, Russia was found to be targeting groups other than Islamic State.  The New York Times says Russia’s goal in Syria is control of the air and naval bases near Latakia and Tartus.  Russia’s Foreign Ministry has apologised to France for summoning its ambassador and demanding an explanation over a plane carrying a Russian delegation, which was initially thought to have been ‘dangerously approached’ by a French plane.  France denied the claim, saying that the aircraft in question was in fact Swiss.  The Swiss military says the incident was part of a routine identification check.  A State Duma speaker had initially called the confrontation an unfriendly act on the part of NATO.  NATO is launching its largest military exercise in 13 years, involving some 36,000 troops, but denies that the ‘fictitious aggressor’ the exercise is aimed against is Russia.

State Duma Deputy Dmitry Gudkov has filed an official request with Vladimir Putin to investigate the Federal Guard Service (FSO) in relation to the murder of Boris Nemtsov; Gudkov is arguing that, if the FSO’s claim that it does not have security cameras pointed at the area where Nemtsov was gunned down is true, it would amount to a threat to Putin’s personal safety.  The FSB says it detained a man working as an assistant railway engineer in south Krasnodar for allegedly planning a terror attack, and for attempting to organise with other potential terrorists on VKontakte.  A single mother from Yekaterinburg is facing terror charges for sharing and liking non-Kremlin-friendly posts about Ukraine on social media.  Ukrainian President Petro Poroshenko would really rather not have footage of his October 2 handshake with Vladimir Putin broadcast.  Is Russia’s economy finally about to hit bottom?

An online campaign to buy firewood to heat the homes of elderly, impoverished villages is drawing criticism of the government’s meagre subsidies.  A new computing platform in development, Rosplatforma, is to rival online data storage providers like Microsoft’s Azure and Amazon’s Cloud.  Eurovision winner Conchita Wurst says she thinks Vladimir Putin is attractive, but prefers a man to have ‘less plastic surgery’.