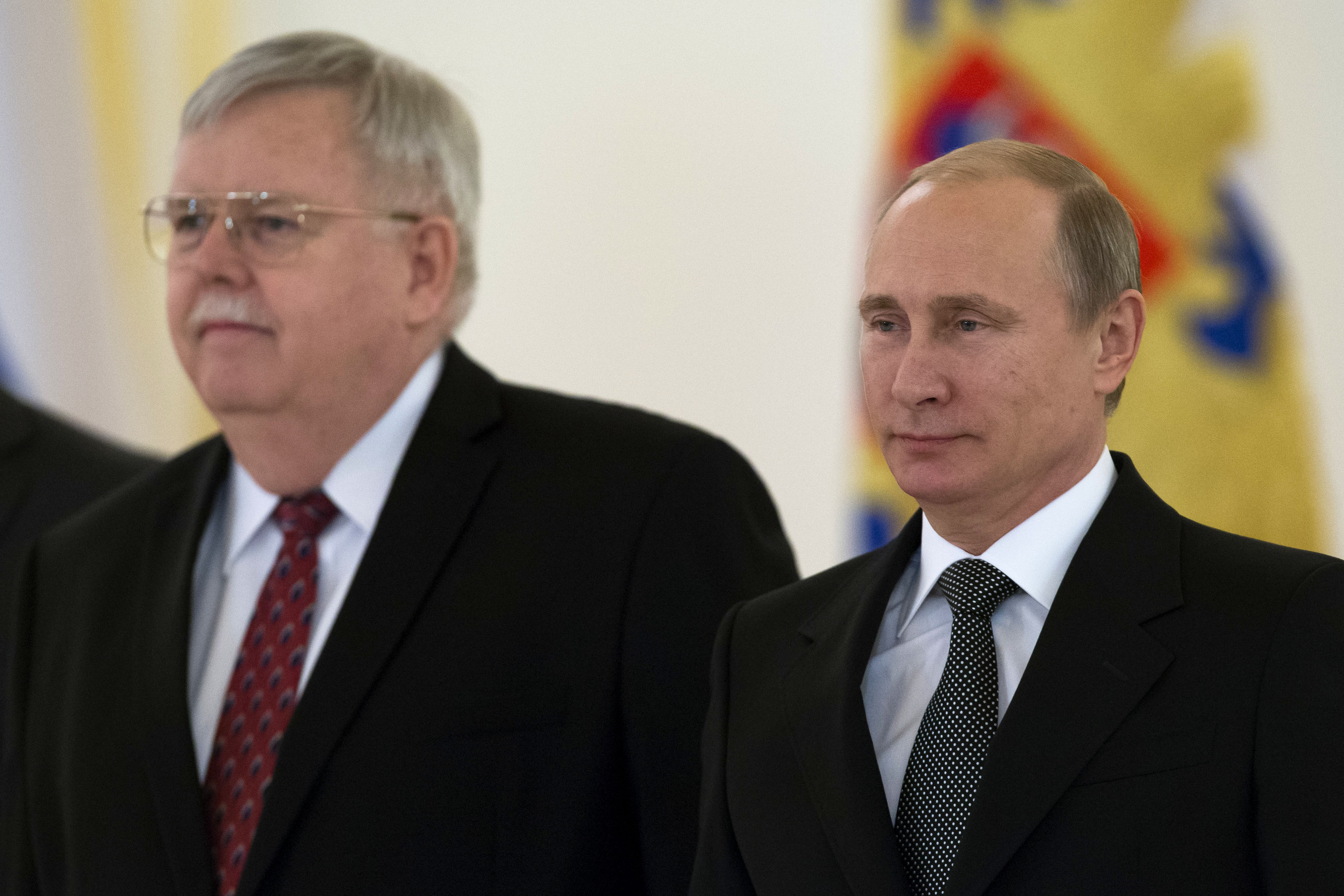 Just after North Korea threatened to carry out a new nuclear test, Putin said that a deepening of political ties and trade with the country is ‘definitely in the interests’ of all parties; and he hailed Hungary as one of Russia’s most important partners – a worry for Europe and the U.S. due to the pair’s planned operation on the South Stream pipeline, says the Moscow Times.  But comments from an Italian minister about South Stream may indicate a policy change: ‘It’s useful infrastructure, but maybe it’s no longer in the list of priorities.’  John Tefft, the new U.S. ambassador to Moscow, met with Vladimir Putin yesterday in a ‘slightly awkward ceremony’ as the former presented his credentials, marking the beginning of his new role.  Putin told Tefft that Washington must treat Moscow as an equal, and called for ‘noninterference in internal matters’.  The New York Times interprets Putin as having ‘softened his tone’ for Tefft; the Washington Post says their meeting does not seem to herald a smooth ride for the ambassador in his new role.  Naftogaz may cut gas supplies to eastern Ukraine; Foreign Minister Sergei Lavrov says Kiev’s cutting off of other forms of state support to violent regions in east Ukraine is ‘preparing the ground for another invasion’.  He says the current conflict can be blamed on 25 years of Western policies of ‘strengthening their own security at the expense of the security of others’.  Concert halls are supposedly being closed to those with anti-Kremlin views, part of the ‘cultural rift’ opening up over Ukraine.

VTB Bank is expected to report an 84% drop in third-quarter year-on-year net profit.  Current sanctions are thought to be affecting more than half of Russia’s banking sector, and banks in Russia are currently the most vulnerable of all in the emerging markets.  Russia’s currency reserves have fallen by almost $100 billion this year and are at their lowest since 2009.  Buckwheat prices spiked this week after news of a bad harvest sparked panic buying – but the run is more likely indicative of economic anxiety than yields, analysts say.

Luke Harding describes how he was followed, ‘Inspector Clouseau’ style, by FSB officers in Moscow in 2007, but says that the agency reserves its ‘special wrath’ for those it regards as traitors.  The Guardian’s Simon Tisdall reviews the new ‘Cold War’.  Ekho Moskvy’s news coverage is to remain safe from state interference…for now.  Russia’s first ever McDonald’s branch reopened yesterday after 90 days of temporary closures.