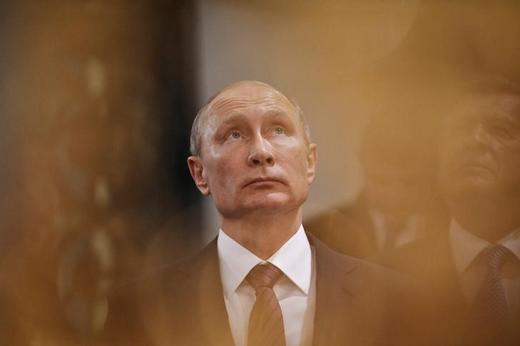 The Kremlin is still saying that President Vladimir Putin does not know whether or not he will run for a third term next year. This piece says he is “tired”, and that there is currently “intense uncertainty” in the Kremlin about the next steps. Tabloid rumours claim that Putin is planning to quit his role in order to enjoy all of the money he has amassed during his leadership. The BBC asks, somewhat redundantly given that the Kremlin has already said he will not be permitted to run, whether or not Alexei Navalny can become President next year. State-run television will likely opt out of broadcasting the Winter Olympics if Russia is banned over WADA’s failure to reinstate its anti-doping agency this year; the IOC will announce its decision on Russia’s participation early next month. As Russia’s banking industry faces increased scrutiny, Asian-Pacific Bank (APB) and Uraltransbank (UTB) are in talks with the Central Bank about their weak capital positions. Putin will host the leaders of Iran and Turkey at his official residence in Sochi this week to discuss the Syrian conflict.

One of Russia’s UN representatives has called out the “Russophobic instructions” given to foreign diplomats by various governments, saying that, in person, foreign representatives often apologise for the official instructions they are given. Donald Tusk, the president of the European Council, suggested that the right-wing Polish government is following the “Kremlin’s plan”. Fake accounts “believed to be Russian” posted almost 400,000 messages on Twitter about Scottish independence, says the Times. Russian film is taking an increasing number of cues from Hollywood, says the FT, with patriotic space movies and alien invasions.

In the Kremlin’s latest attack on British businessman Bill Browder, the former employer of lawyer Sergei Magnitsky, President Vladimir Putin has accused him of being a “serial killer”, linking him with three deaths linked to the fraud scheme that Magnitsky uncovered in 2008.