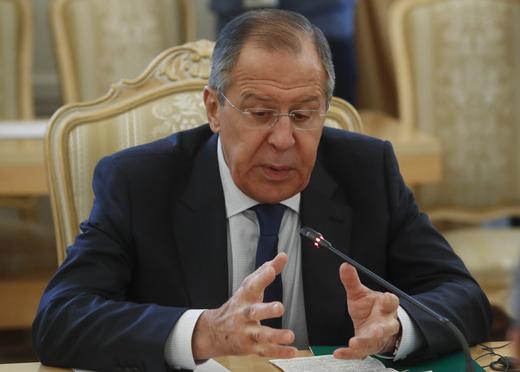 The Foreign Ministry has admitted to the injury or death of “several dozen” Russian citizens working as private envoys of military companies – not soldiers – in recent clashes in Syria; the families of those killed want the state to formally record their deaths. This is the first official admission of heavy casualties among Russian mercenaries, although the number is thought to be much higher (as many as 300). The oil supply glut is apparently disappearing more quickly than had been anticipated, since the implementation of the OPEC agreement with Russia and Saudi Arabia, but one OPEC members is still hoping the alliance will last “forever”. Activist Oleg Maksakov, a member of Mikhail Khodorkovsky’s Open Russia organisation, was attacked by masked men yesterday in part of what the Moscow Times says “appears to be a scare campaign against political and civil activists in Russia’s second largest city in the first months of 2018”. Roman Rubanov, a close aide to Alexei Navalny, has been sentenced to 10 days in prison following his arrest at Moscow’s Sheremetyevo airport over charges of organising an unauthorised rally last month. A former employee of the St Petersburg “troll factory” was arrested over the weekend after speaking with journalists about his previous work writing up to 200 comments per day against Western governments.

In advance of next month’s elections, Vladimir Putin is claiming that the long-term decline in real disposable incomes has been halted; but the State Statistical Service has been accused of manipulating the numbers. Practically everybody in Crimea will be voting for Putin. Despite a decline in relations, Russia is now Ukraine’s biggest trading partner, with Russian exports last year rising by 40% to $7.2 billion. Activists and lawyers are putting pressure on the European Union to adopt its own version of the Global Magnitsky Act, legislation similar to the law in the US that punishes officials connected with corruption and rights abuses. Despite YouTube’s failure to comply with demands that it remove content featuring Oleg Deripaska on a yacht with Deputy Prime Minister Sergei Prikhodko, Roskomnadzor says it will not block the site. Deripaska will be replaced in his CEO role at Rural with Alexandra Bouriko, the first woman head of any of Russia’s larger commodity companies.

Russian curling medallist Alexander Krushelnitsky may lose his medal after a second doping test showed positive results for meldonium. Krushelnitsky denies taking the substance. The former anti-doping laboratory director for Russia is being sued by three athletes who say he ruined their careers. Russian Olympics fans are demanding answers.