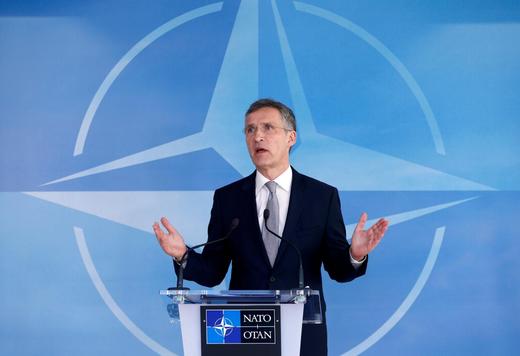 In a major victory for Moscow, a Dutch court has overturned a $50 billion award that the Kremlin had been ordered to pay to former shareholders of Yukos back in 2014. This piece speculates that the plight of the Yukos shareholders is likely to continue for years, as they have vowed to appeal.  (If you want a review, RFE/RL has the history.) NATO and Russia met in Brussels yesterday, amidst ongoing tension over the Minsk agreement and a more recent dispute regarding near-misses of US and Russian aircraft in the Baltic Sea.  It was their first meeting in almost two years; the discussion failed to reach any conclusions regarding reducing the risk of further close military encounters.  Both sides have accused each other of intimidation in the Baltics.  Russian attack submarines off the coasts of Scandinavia and Scotland ‘are the most visible sign of a renewed interest in submarine warfare by President Vladimir V. Putin’, says the New York Times.  The Central Electoral Commission (CEC) unanimously voted to force local authorities to ‘immediately overturn’ disputed early voting results from Barvikha, following allegations of falsification.  Even Putin agrees that getting ‘new blood’ into the political system is a good idea.

Prominent blogger Anton Nosik will be charged by the Investigative Committee with ‘inciting hatred’ for writing a post welcoming Russian air strikes in Syria. Russia improved its World Press Freedom Index by four places this year, coming 148th out of 180 countries.  The Prosecutor-General has opened a case against performance artist Pyotr Pavlensky.  The Guardian writes about Samara, one of the most homophobic cities in Russia. ‘[W]e are like the slaves in Ancient Rome.’

Former Finance Minister and current Deputy Prime Minister Alexei Kudrin will draw up Russia’s new liberal economic program for Vladimir Putin (the fourth of his time in power, notes Kirill Rogov) .  A Levada center poll suggests that more than half of Russia would like to see the Soviet Union restored.  39% believe the state is failing in its duties to citizens.  The deputy Minister of Culture has had his assets frozen following accusations of embezzlement.