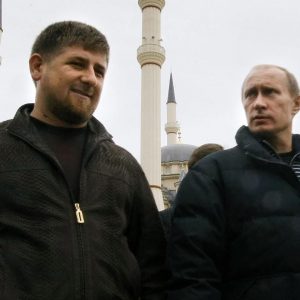 Vladimir Putin’s spokesman, Dmitry Peskov, has supported the Chechen government’s denials that men suspected of being gay are being arrested, tortured and killed in the republic, reports of which have sparked international concern.  As the trial of the alleged murderers of opposition politician Boris Nemtsov draw close to a verdict, the Moscow Times considers the involvement of Chechen President Ramzan Kadyrov and what Putin makes of it.  Oil giant Rosneft has plans for large scale investment in the Chechen Republic amid reports that the company could sell its regional assets to local government.  Leonid Mikhelson, the co-owner of gas producer Novatek, has topped Russia’s rich list for a second year running with an estimated wealth of $18.4 billion, an increase of $4 billion on last year.

State media have claimed that Russian attack jets carry electronic weapons that are capable of completely disabling the US Navy’s missile defence system.  They are also running reports that Moscow plans to construct the ‘biggest aircraft carrier in the world‘ to rival the US’s 11 full-sized Nimitz-class aircraft carriers.  Syria has reportedly transferred most of its remaining aircraft to the safety of Russia’s Hmeimim airbase, following U.S. President Donald Trump’s attack on the government’s Shayrat air base.  The Kremlin is apparently mulling the possibilities left for investigating the alleged chemical attack in Syria’s Khan Shaykhun after the Organization for the Prohibition of Chemical Weapons (OPCW) voted against a Russian-Iranian proposal on the matter.  Russia is in talks to provide a number of Su-35 jet fighters to the United Arab Emirates, a state which has apparently invested more than $1 billion in the Russian economy through the Russian Direct Investment Fund.

Following the Supreme Court’s decision to label the Jehovah’s Witnesses an ‘extremist’ group, the Christian sect has been banned by the authorities and its property will be absorbed by the state.  With the next presidential election now less than a year away, Vladimir Putin has asserted that his successor (who may well be himself) ‘will be decided by the Russian people only during a democratic election and by nobody else’.  Social media has had a field day with the Kremlin’s attempts to tarnish opposition leader Alexei Navalny by comparing him to Hitler in an ‘educational’ movie (one Tweet reads: “Navalny observes fasts. Do you know who else doesn’t eat meat? HITLER!”).