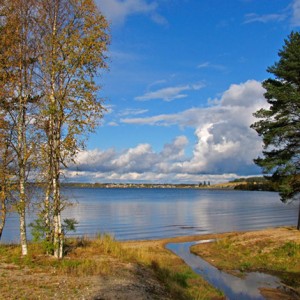 ‘Banning Russian sportsmen, including those who gained international glory from their outstanding achievements in sports, from participating in the Olympic Games in retaliation for the unethical behavior of their colleagues, is a direct human rights abuse’ – says a draft statement the Kremlin has prepared in anticipation of the Olympic Committee’s discussions on the IAFF ban on Russian athletes from the Rio Games.  As its tone indicates, Moscow is prepared for bad news.  The problem for Putin, argues the Washington Post, is that any attempts to extirpate corruption in the Sports Ministry will threaten the interests of his most dependable cronies.  The European Union is preparing to extend sanctions against Russia for another six months this week, but the union’s lack of consensus on Russia is becoming increasingly clear, says this article.  Britain favours a harsh stance, Slovakia believes sanctions should be dropped, France seeks a path somewhere in between.  ‘People are tired of confrontation with Russia […] they see that Ukraine is not delivering enough on the reform front,’ explains expert Ulrich Speck. ‘When you’re confronted with ISIS, Putin doesn’t look so bad.’   Speaking at an Open Russia event, investor George Soros has predicted a resurgent Russia will result from the fracturing of the European Union.

The Investigative Committee has closed its case into the murder of opposition politician Boris Nemtsov in 2015, which they say was motivated by a ‘lucrative impulse’.  Five defendants are now to stand trial on charges of committing murder for payment, whilst the alleged mastermind of the killing, Ruslan Mukhudinov, a member of Chechen leader Ramzan Kadyrov’s security forces, has not been apprehended.   A set of amendments to the anti-terrorism bill will increase fines and prison sentences for anyone convicted of inciting hatred or enmity publicly.  Alongside this, the State Duma has recommended new anti-terrorism measures requiring telecommunications operators to retain phone and Internet records for three years.

New data has found that real incomes fell by 11.5% in May compared to the previous month.  An official committee plans to investigate the tragedy on a lake in Karelia that led to the deaths of 13 children.