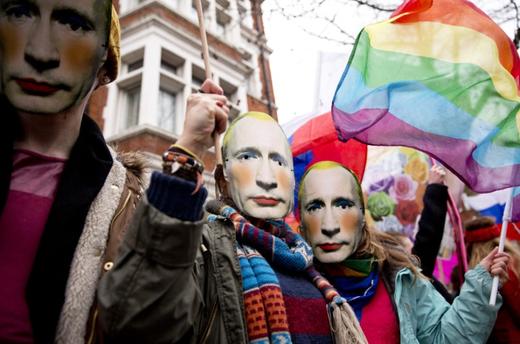 The European Court of Human Rights has ordered Russia to pay compensation to LGBT activists prosecuted under the so-called gay propaganda law, passed in 2013. The ECHR said that the law reinforces “stigma and prejudice” and violates freedom of expression. It also found that the Russian government had been “unable to provide any explanation of the mechanism by which a minor could be enticed into ‘[a] homosexual lifestyle’, let alone science-based evidence that one’s sexual orientation or identity was susceptible to change under external influence”, correcting recent claims by Vladimir Putin that the law was design to influence children’s consciousness. Kremlin spokesman Dmitry Peskov said that “of course” the Kremlin will consider the ruling, which he hadn’t “seen yet”. The US has shot down an Iranian-made drone in Syria for the second time in 12 days. The US military, however, says that Russia is not acting in Syria in any way that is causing concern. One analyst has claimed that Nord Stream 2 would increase Russia’s share of the German gas market to over 50% (the number currently stands at 43%); this piece argues that the pipeline will weaken Europe. The Austrian Chancellor is using Europe to oppose US pressure on European companies that are working with Russian companies to supply gas to the European market.

President Vladimir Putin has asked Rosneft head Igor Sechin to “consider” that the company increase its dividends to 50% of net income (it currently pays 35%), and is advising a rehaul of company strategy. Russian banks’ increased their profits this year to $11 billion, from $4 billion in the same period last year. Russia sold more than $3 billion worth of sovereign debt yesterday, its biggest bond sale since last year’s return to international markets, mostly to American investors. The US Senate has proposed in a new bill to ban investing in Russian sovereign debt. New York Magazine evaluates Putin’s claim that sanctions are helping, not hindering Russia: “He’s not totally wrong”; recovery is sluggish but much more contingent on the price of oil. New sanctions against Russia are “Russophobic”, says Foreign Minister Sergei Lavrov. A US poll found that 40% of Russians disapprove of Putin’s handling of the economy.

Republic says the BBC is saying it has evidence that the team behind Putin’s annual Q&A session last week pre-approved some of the touchier questions that came through via text message. Roscosmos has won a multi-million-dollar payout from the company that provided it with faulty rockets in 2013.

PHOTO: Protesters wearing masks of Russia’s President Vladimir Putin take part in a demonstration against the country’s ‘anti-gay’ laws outside the Embassy of the Russian Federation in London February 14, 2014. REUTERS/Neil Hall/Files