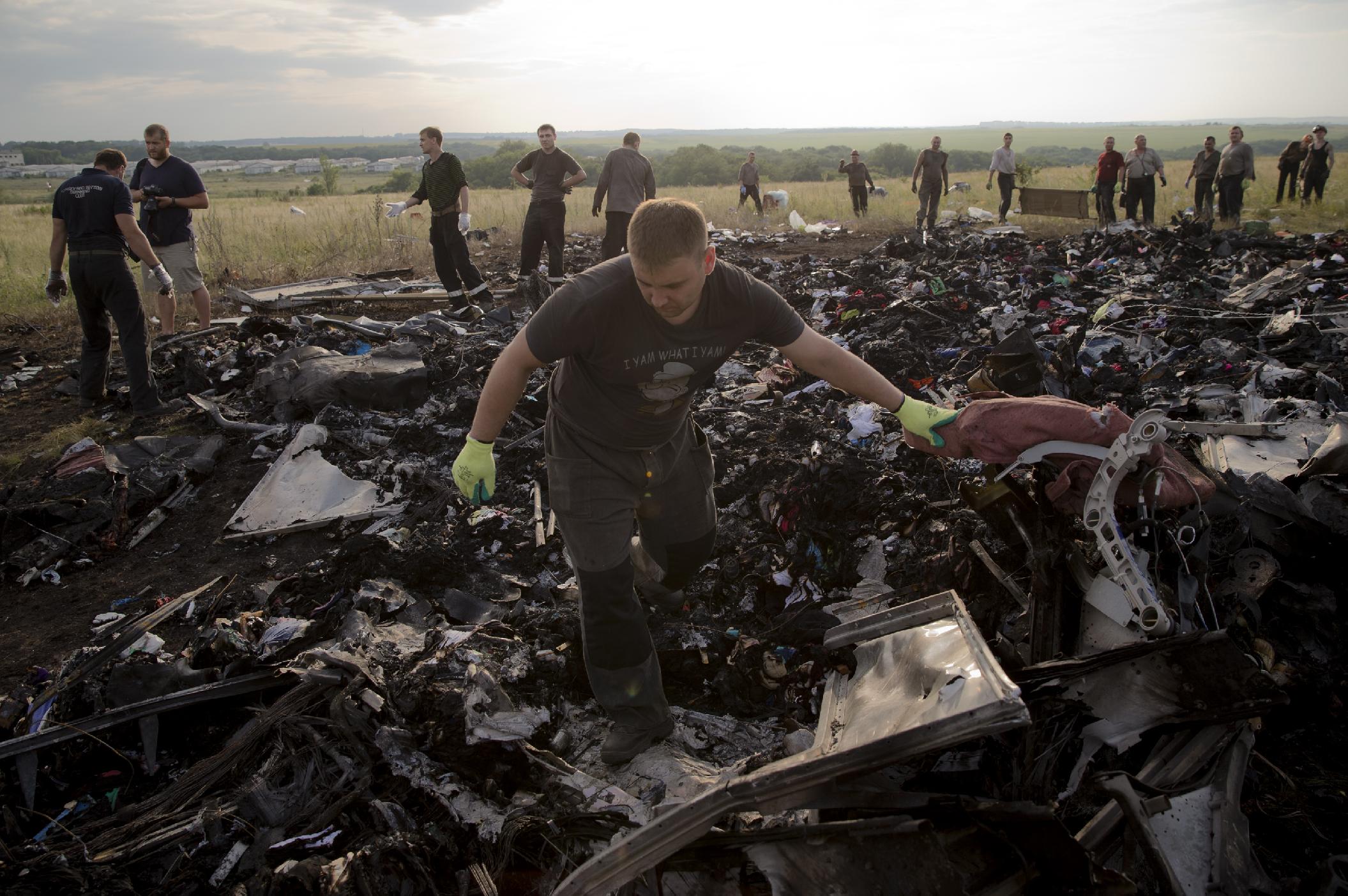 Armed separatists in eastern Ukraine are continuing to deny access to international observers attempting to reach the wreckage of Malaysian Airlines flight MH17.  US Secretary of State John Kerry has increased pressure on Russia, accusing it of being responsible for supplying and training the separatists who caused the crash. Kerry said that major supplies moving into Ukraine from Russia over the past month included rocket launchers, and that it is ‘pretty clear’ that the system that downed the plane ‘was transferred from Russia’.  All of Russia’s pro-Kremlin media sources insisted, with varying angles, that Ukraine’s government was responsible for the crash – and some reports, apparently are trying to implicate the US.  Ukraine’s Security Council says Russia is continuing to send ‘heavy weaponry’ into eastern Ukraine to supply separatists.  Russia Today slammed the Western media for ‘unleashing a post-crash factless blame game against Russia’ in the immediate aftermath of the crash.  The New York Times says that separatists fighting in Ukraine ‘have always had the vocal support of high-ranking Kremlin officials’.  Vladimir Putin, meanwhile, has thus far remained silent regarding the crash.

Bloomberg reports that Russia’s richest businessmen are ‘frantic’ over President Vladimir Putin’s policies in Ukraine, but that they are too afraid to speak out publicly against their fear of further sanctions.  The Foreign Minister says it will retaliate against the most recent set of U.S. sanctions by denying entry to several U.S. citizens, and may take its complaints to the World Trade Organisation.  Putin’s approval rating is at 83% – the highest it has been since he left office in 2008 – according to the American pollster, Gallup. This marks a 29% increase since last year.

Rosselkhoznadzor, the agriculture watchdog, says that its ban on imports of Moldovan fruit has come into effect.

PHOTO: A man looks for the remains of victims in the debris at the crash site of Malaysia Airlines Flight 17 near the village of Hrabove, eastern Ukraine, Saturday, July 19, 2014. (AP Photo/Vadim Ghirda)