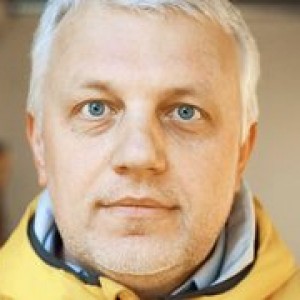 TODAY: Outspoken opposition journalist dies in car bomb in Kiev; new rights report finds evidence of serious abuses in Ukraine conflict; Russia says it will not boycott Rio Olympics no matter how doping scandal is handled; mulling the most recent round of FSB vs Investigative Committee; mysteries of MiG’s recovery; nuclear secrets; Trump.

A car bomb in Kiev has killed renowned journalist Pavel Sheremet, a critic of leaders in Belarus, Russia and Ukraine and a friend of murdered Russian opposition leader Boris Nemtsov. It seems likely that the motive was Sheremet’s professional activities, but investigators are also mulling the ‘involvement of Russian special services’.  The Russian Foreign Ministry has expressed shock at this ‘cynical murder’.  A new report from Amnesty International and Human Rights Watch has found that civilians on both sides in the Ukraine conflict have been subjected to extended arbitrary detention, disappearances, and even torture.

The fate of Russia’s Olympic Team is likely to be settled on Sunday, according to the president of Russia’s Olympic Committee.  Despite the widespread attacks on Russia for alleged doping, Moscow reportedly has no intention of boycotting the Rio Games and, apparently, no intention of sacking Sports Minister Vitaly Mutko.  ‘Putin does not change and does not surrender ‘his’ guys,‘ a source told Reuters.  Speaking of Putin’s guys, Brian Whitmore argues that yesterday’s raid by the FSB on the Investigative Committee suggests another ‘siloviki war’ may be brewing,

After years of poor growth, suddenly the MiG aircraft manufacturer has begun building jets for a new $2 billion contract – but who is buying them?  The Guardian reports on Russia’s secret nuclear city, Ozersk, one of the most contaminated places on the planet.  For many, he is a nightmare, but for Putin, Donald Trump ‘is the gift that keeps on giving’.