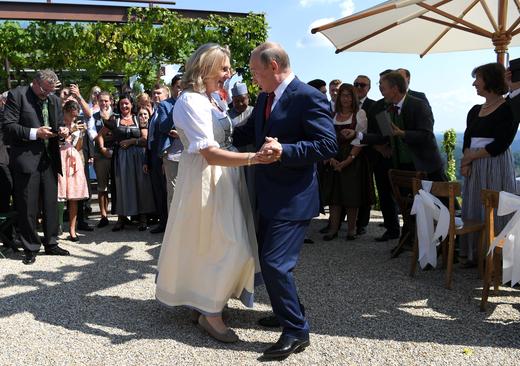 TODAY: Microsoft thwarts new Russia political hacks on US; Syria refugees obstructed by lack of US cooperation; Russia will not be the first to put weapons in space; sanctions hurting emerging markets, Putin hopes for better ties, UK pushing for further measures; 762 extremism cases this year alone; Russians believe in sub-plot to destroy values; upcoming war games to be biggest since 1981.

Microsoft says it uncovered and thwarted new hacking attempts by Russian group Fancy Bear targeting US political groups and efforts to steal political data in advance of the midterm elections. Russia is accusing the US of hampering the repatriation process for Syrian refugees by refusing its assistance in restructuring the country that Russia itself has been shelling for years. Deputy Foreign Minister Sergei Ryabkov says Russia will not be the first country to put weapons in space, and wants Washington to take note. The US’ latest sanctions against Russia and Turkey have strongly affected emerging markets, pushing them two-and-a-half-year lows, but President Vladimir Putin is still hoping for an improvement in bilateral relations, says the Kremlin. The British Foreign Minister is on a trip to the US where he plans to call on the country to impose further sanctions on Russia over the Salisbury Novichok poisonings, for which no conclusive evidence linking Russia to the attacks has been presented.

Human Rights Watch notes that Russian authorities have registered 762 cases this year alone under its new, “broad and vague” anti-extremism laws, mostly in response to posts on social media. A new survey from state-run VTsIOM found that most Russians believe that there is a plot to minimise Russia’s role in history and subvert its traditional values through “gay propaganda”. Russia’s next war games, to be held in Siberia, will be the biggest since 1981, and involve Chinese and Mongolian troops. Russian diplomats say that Maria Butina, the jailed Russian woman accused of spying in the US, is being mistreated in detention.

Poland continues to voice its dissent against the Nord Stream 2 pipeline.