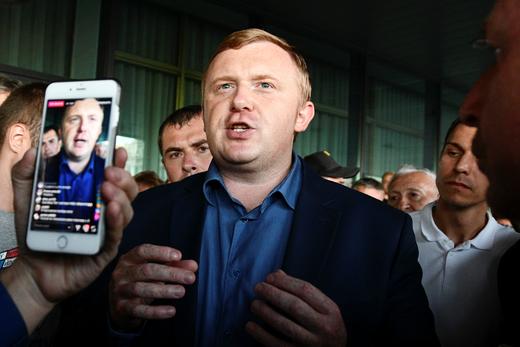 Despite widespread opposition from athletes and international anti-doping officials, the World Anti-Doping Agency (WADA) has voted to lift the ban on Russia’s anti-doping body RUSADA, which has been suspended since 2015. WADA is still waiting to be granted access to RUSADA’s stored urine samples, and the suspension could come back into force if this does not happen within a given timeline. The news has been met by “an almost unanimous chorus of disapproval from around the world”, and was welcomed by Russia as confirmation of its “adherence to the principles of clean competition”. The decision gives hope to Russia’s suspended athletics foundation that it could be reinstated also. An activist group has launched an online campaign to identify the law-enforcement officials who were violent with protesters at demonstrations against pension reforms earlier this month. Opposition politician Vladimir Kara-Murza argues that the annulled vote in Primorye demonstrates that Russians are desperate for an alternative to United Russia’s regime. This piece reports on the pressure faced by Natalia Poklonskaya, the only member of the party to vote against pension reform, which has cost her her post.

The US has blacklisted 30 Russian individuals and imposed sanctions on the Chinese military for buying fighter planes and missiles from Russia. US sanctions are spurring the repatriation of billions of dollars worth of Russian oligarch assets – a goal that has eluded Vladimir Putin for almost two decades; Sberbank has just reported a 17% increase in corporate holdings, and the private sector is bringing assets home as well. Oleg Deripaska’s Russian Machines may receive support from the state via a restriction of government purchases from its rivals. Russia’s oil producers are currently benefitting from record production and the highest ever local currency prices. Crude is at a post-Soviet high, currently fluctuating between 1.54 and 1.55 million tonnes per day, largely due to Rosneft. The Guardian explains the UK’s role in the Danske Bank money-laundering scandal, involving largely Russian cash; and Forbes wagers that “there are no doubt plenty of people in the UK — from estate agents to public relations consultants — who have benefited from the influx of wealth.”

The Supreme Court says that “liking” or reposting material on social media cannot constitute a crime. The New York Times has compiled a full timeline of the Trump-Russia saga.