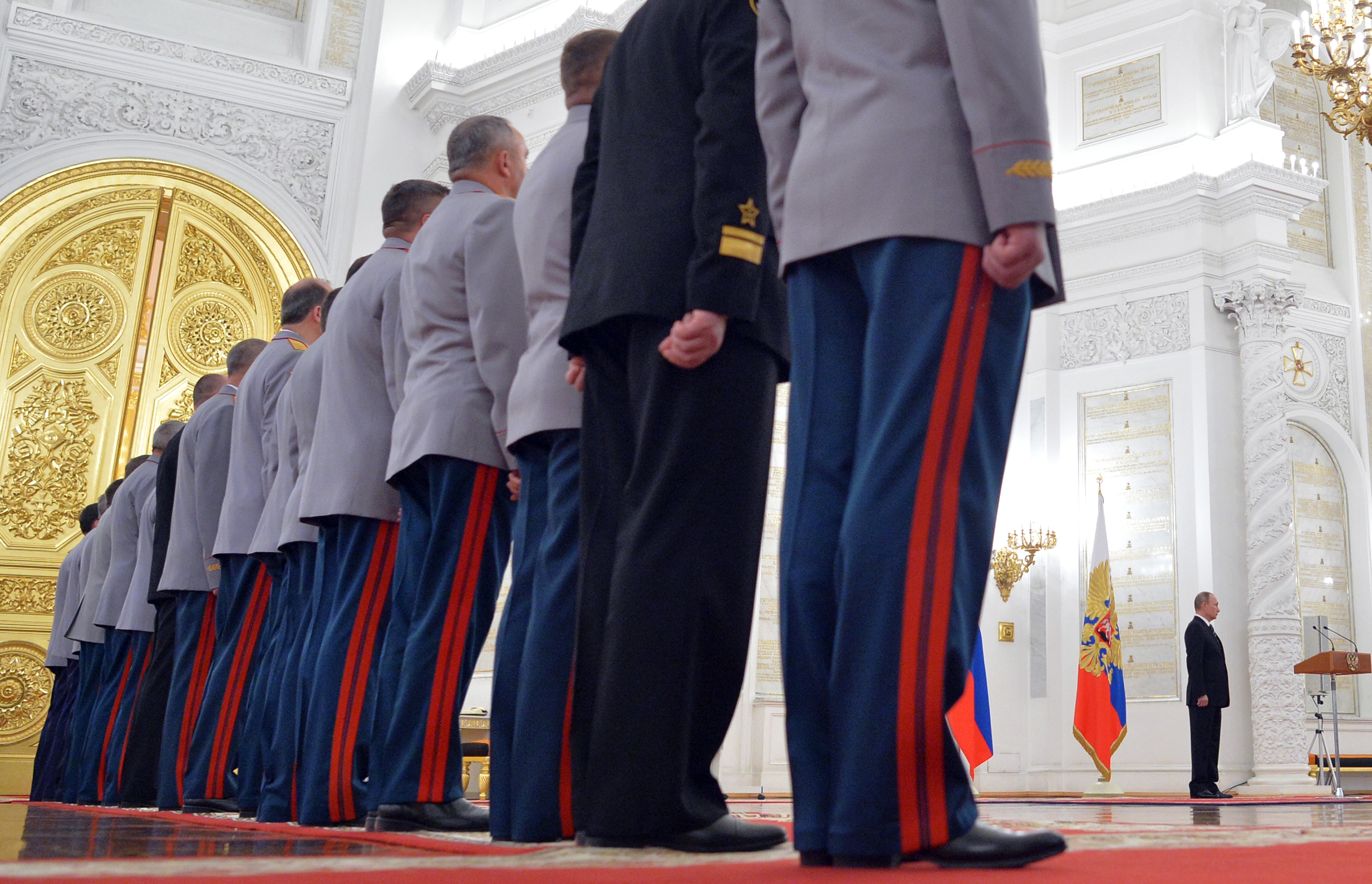 Russia and the United States have signed an agreement regulating all aircraft and drone flights over Syria as a safety protocol, with U.S. military pilots reportedly ordered not to respond to any provocative Russian actions.  Iraq has pledged to the U.S. that it will not seek Russian air strikes against terrorist targets.  President Vladimir Putin says Russia has successfully foiled 20 terror plots within its borders so far this year, and says that Moscow is prepared to respond to terrorist threats from Syria and from all the other regions from which such groups are, he said, planning to expand into, with the aid of their Syrian ‘foothold’.  He also praised the Syria operation, which is currently costing Moscow up to $4 million per day, as proof of Russia’s capability in this respect.  Tens of thousands have fled the offensives in Syria at this point, according to the United Nations, with an estimated 370 casualties from Russian airstrikes.  The New York Times reports on a peculiar, music-video-style dance remix of footage of a Syrian government offensive hitting the outskirts of Damascus, composed by a Russian state television channel – a clip which ‘look[s] and feel[s] like an ad for a video game’.  How is Russia getting away with its treatment of Ukraine?, asks Martin Wolf.

The Moscow Times, an expat, English-language newspaper which has been a daily print newspaper for over two decades, will switch to weekly publication amid a general reduction in the number of Western foreigners in Russia by 40% this year, year-on-year, to 1.2 million.  Russia was ranked the 60th most attractive destination for expats, out of 64 nations.  The Sisters, Russia’s sole organisation helping victims of sexual assault, is at risk of shutting down due to financial struggles.  An upscale supermarket chain has won a lawsuit against a pro-Kremlin activist who helped run an organisation that raided supermarkets looking for banned foreign food items.  A St. Petersburg man has been sentenced to five days in jail for wearing an Islamic State flag t-shirt.  Britain’s AstraZeneca has opened a $224 million drug manufacturing and packaging factory in Russia, aiming to produce over 60% of the company’s Russian market by 2017.  Transaero, Russia’s second-biggest airline, is being slapped with lawsuits by its major creditors.

Russia’s no stranger to genocide denial, says Brian Whitmore, with the Holodomor famine as its latest target.

PHOTO: Russia’s President Vladimir Putin, right, spaaks as he attends a meeting with senior officers of the Defense Ministry and other government agencies in the Kremlin in Moscow, Russia, Tuesday, Oct. 20, 2015. (Alexei Druzhinin, RIA-Novosti, Kremlin Pool Photo via AP)