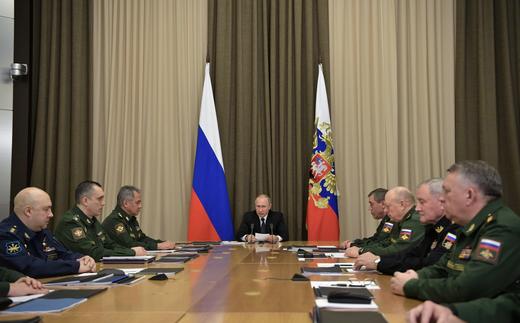 Moscow slammed what it described as a campaign to discredit its Russian candidate for the Interpol presidency, former Interior Ministry general Alexander Prokopchuk. It likened the comments from various Kremlin critics to election meddling, arguing that they amounted to “certain kind of interference in the electoral process of an international organisation”. Prokopchuk’s candidacy was in fact defeated by South Korea’s Kim Jong-yang, but he will remain Interpol’s Vice President. Russia’s attempt, backed by China, to curb the powers of the Organisation for the Prohibition of Chemical Weapons (OPCW), failed to win support. The US is taking action to disrupt an Iranian-Russian oil network that delivered millions of barrels of oil to Syria, thus “bolster[ing] the Assad regime”.

A group of Russian mercenaries is making a collective appeal to the International Criminal Court to prosecute PMC organisers for war crimes, following hundreds of casualties and continued denial of their existence. Federal Agency of News, a Russian-owned company, is suing Facebook after being barred from the network over complaints that it had meddled in the 2016 US election campaign.

Students are posting images of anti-Putin slogans scrawled on their blackboards after a video surfaced of a teacher saying that such a message would have been punishable by firing squad in Soviet times.