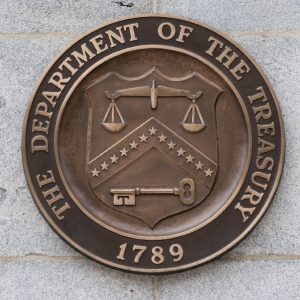 In a move described by Moscow as a ‘hostile act’, the United States has blacklisted seven Russian businessmen and eight companies and government enterprises over Russia’s annexation of Crimea and the conflict in Ukraine.  Six of the men on the list are reportedly executives at Bank Rossiya or its affiliates and the seventh man, Yevgeniy Prigozhin, whose company has provided catering to the Kremlin, had ‘extensive business dealings’ with the Russian defence ministry.  Moscow has pledged to respond ‘asymmetrically’.  The UN General Assembly has passed a resolution that recognizes Crimea as ‘temporarily occupied’ by Russia and decries the ‘abuses’ and ‘discrimination’ against Crimean Tatars, inter alia, on the peninsula.  Turkish Foreign Minister Mevlut Cavusoglu has told his U.S. counterpart John Kerry that the opposition Gulen movement was responsible for the assassination of Andrei Karlov, the Russian ambassador in Turkey, on Monday.  A former Russian diplomat has told the press that embassy staff have insufficient protection once outside their embassies.  Both Turkey and Russia maintain that the event will not derail their striving for improved relations.  ‘Their relationship may emerge from the ambassador’s death stronger than ever’, agrees The Economist.  Gazprom however may lose its biggest asset in Turkey, the Akfel holding, after it was taken over by the Turkish authorities on suspicions that it could have links to the Gulen movement.

Former Finance Minister Alexei Kudrin is of the belief that Russia should push hard to privatize companies in the fuel and energy sphere.  In a long running dispute over prices, Belarus is hoping that Moscow will reduce the price of its gas imports to the same sum that Russian regions bordering it pay.

It looks like opposition activist Ildar Dadin may pay heavily for his claims of being tortured whilst in prison, as the Federal Penitentiary Service hopes to sue him for $8,133 to cover the costs of a medical examination he asked for in a bid to prove he was being abused.  Unusually, an independent media group in Siberia has won a case against Russia’s media regulator, Roskomnxdzor, over the legality of the Europe Plus Tomsk radio station.  After penning an article in which he lambasted Moscow’s interventions in Syria,  a blogger has been sentenced to 2 1/2 years in a penal colony.  The region of Siberia, whose taiga has notoriously hosted millions of prisoners, is hoping to see its prison population reduced as ex-convicts who settle in the area are, they say, increasing local crime rates.