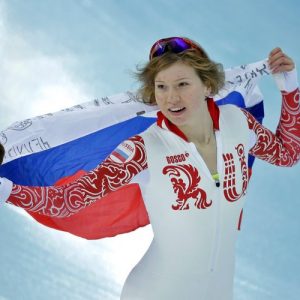 Maria Alyokhina of Pussy Riot has been detained during a protest at the FSB headquarters in Moscow’s Lubyanka Square on the 100th anniversary of the establishment of the secret police at which she revealed a banner reading “Happy Birthday, Executioners”. RFE/RL reports on the unusual way the Tomsk region is celebrating the founding of the much feared Cheka: it involves childrens’ drawings. Opposition leader Ilya Yashin’s plans to hold a “Free Elections Day” protest rally in Moscow on December 24 have been thwarted by the capital’s City Court. Following the blocking of his Open Russia NGO website, which was accused of “inciting protests” by the authorities, exiled oligarch and Kremlin critic Mikhail Khodorkovsky has launched a new website. Investigative journalist Yelena Milashina, who uncovered the story of the widespread torture of homosexuals in Chechnya, will receive a Harvard University award for integrity in journalism. Ramzan Kadyrov, the leader of the republic, has been placed on the US’ Magnitsky list of human rights abusers in light of the mistreatment of gay men.

Ukrainian officials have voiced their concern about Moscow’s decision to withdraw from a Ukrainian-Russian ceasefire control group, the Joint Centre for Control and Coordination, arguing it could exacerbate the fighting in eastern Ukraine, where three soldiers died yesterday. The US has urged Russia to put an end to this renewed bout of fighting. The UN General Assembly meanwhile has approved a resolution strongly condemning human rights violations in Russian-annexed Crimea and referring to Russia as an “occupying power” there. A Levada center poll has found that patriotism in modern Russia has reached a historic high. Bloomberg reports on how Spain has only just realised that Russia has spent years wooing Catalan separatists. The British intelligence service has described the Russian state services as “formidable adversaries” in information warfare.

Russian retailers are facing significant losses after a computer glitch occurred on government-required Internet-connected cash registers during the seasonal rush. Moscow is hoping to convince Saudi Arabia to loosen its strict bug-damage rules and import some of its bumper wheat harvest. This article details the blossoming collaboration between India and Russia in the crude oil sphere. The word “Russia” will appear on the Olympic uniforms worn by the athletes who have been granted an exemption from the country’s doping ban at the Pyeongchang Winter Olympics, in the form of “OAR” (“Olympic Athlete from Russia”) but the “Russia” cannot be more prominent than the words “Olympic Athlete from.” Russian sports clothier Bosco, the exclusive supplier of outfits for the 2018 Winter Olympics, will ask the International Olympic Committee not to use its brand at the games in response to the IOC’s ban on Russian competitors.

PHOTO: The Russian speedskater Olga Fatkulina at the 2014 Sochi Games in a vivid display of what you will not see at the 2018 Pyeongchang Games. (Credit David J. Phillip/Associated Press)