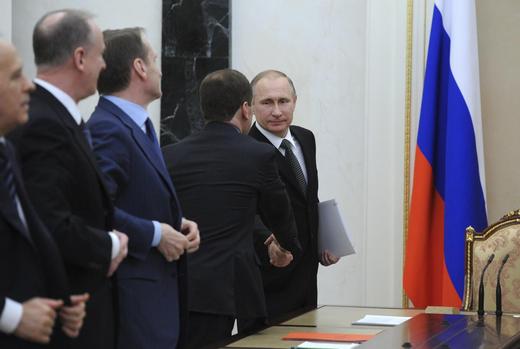 TODAY: Duma wants National Guard to be given crowd-shooting powers; Russia attempting to rebuild reputation ahead of Summer Olympics; Pamfilova says she will resign if election is not fair; Karelia moving towards reinstatement of mayoral elections; process to bring Savchenko home begins; Russian cyber hacker sentenced in US; Ukraine bans Russian films.

The new National Guard created by President Vladimir Putin could be granted the power to shoot into crows of people in a context of ‘large-scale unrest’, if State Duma deputies have their way.  Russia is attempting to repair its reputation ahead of this year’s Summer Olympics; two experts fro the World Anti-Doping Agency (WADA) are in Moscow to re-establish the credibility of Russia’s anti-doping agency.  Ella Pamfilova, the new head of the Central Election Committee, has vowed to resign if the next elections are not conducted fairly.  Regional deputies in Karelia have passed the first reading of a bill that would reinstate mayoral elections in its cities, which were canceled last year.  The bureaucratic process for returning former Ukrainian pilot Nadezhda Savchenko to her homeland has commenced.

A Russian man accused of creating a computer virus that infected over 1.4 million computers has been sentenced by a US court.  Were recent tax raids on companies owned by billionaire Mikhail Prokhorov connected to his (Kremlin-sanctioned) political activities, or do they have more to do with the fact that, as he is worth $8.2 billion, Prokhorov is simply ‘a lucrative target’?  Brian Whitmore contrasts Alexei Kudrin’s forward-looking economic vision with Aleksandr Bastrykin’s manifesto last week calling for repression and censorship; Whitmore wonders how Kudrin’s new position at the Kremlin’s top economic think tank is going to work in a current system ‘based on corruption, rent-seeking, and arbitrary centralized rule’.

Ukraine has banned all Russian films, television dramas and documentaries made since 2014, as part of their ongoing tit-for-tat cultural war.  A(nother) new documentary, ‘Hunted’, examines widespread homophobia and homophobic hate crimes in Russia.  The anniversary of Shakespeare’s death will mark the beginning of a year-long celebration of British literature in Russia, showing that there is at least one thing the two countries can agree on.