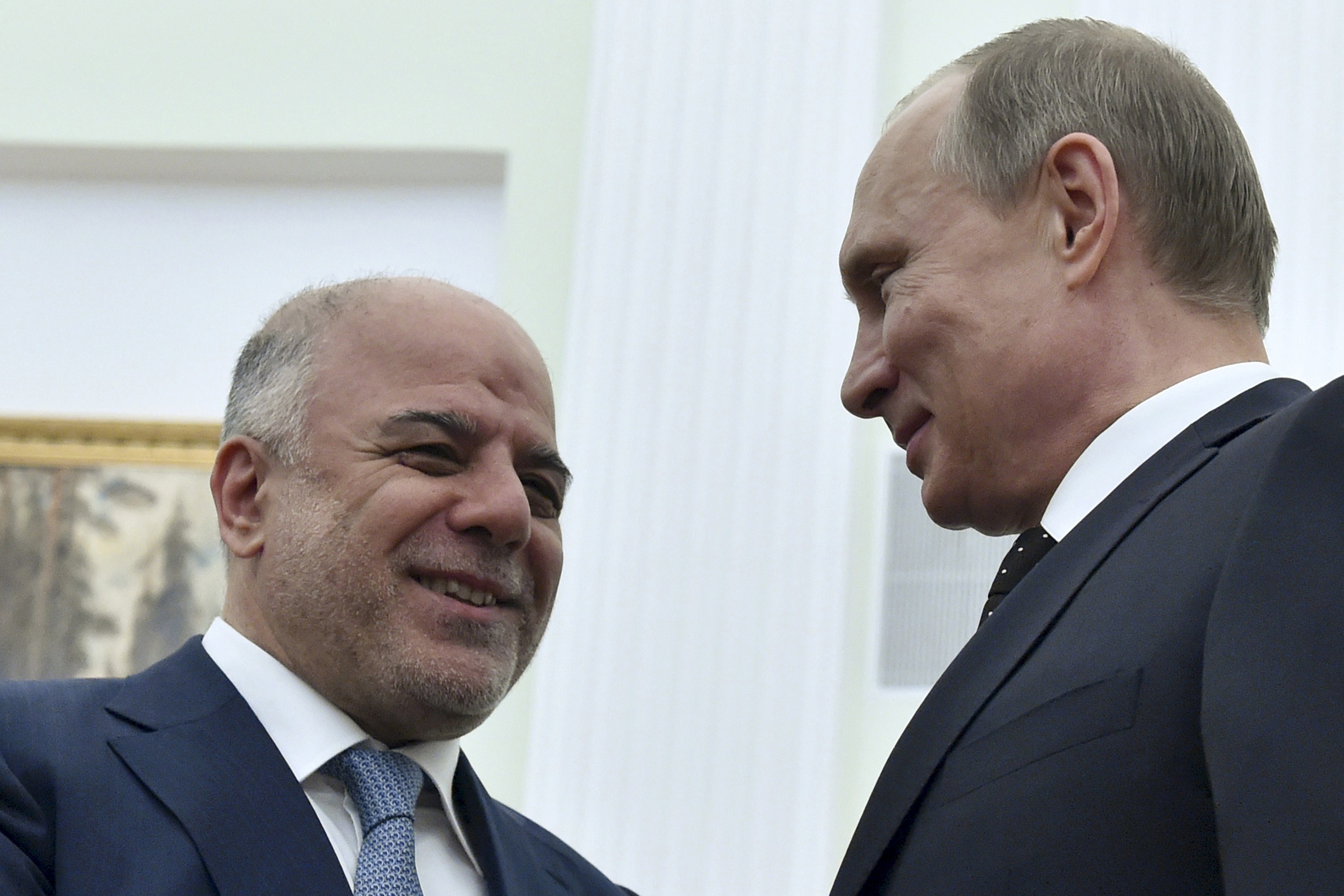 President Vladimir Putin was ‘the spectre at the feast’ in Riga, Latvia last night for a European Union summit dinner, as The Times puts it, as leaders prepare to attempt salvage the E.U.’s partnership policy.  German Chancellor Angela Merkel says there will be no further G8 meetings with Russia until it begins respecting ‘the territorial integrity of nations’.  E.U. President Donald Tusk accused the Kremlin of ‘intimidation’ and ‘aggression’ yesterday, claiming that its diplomacy was a bid to ‘compensate its shortcomings’.  Russian language channels are winning the television propaganda battle in Latvia, says Bloomberg.  The same goes for Moldova, says this piece, but argues that Moldovans have plenty of other reasons to prefer an alliance with Russia over one with Europe.  Putin praised and decorated his Foreign Minister Sergei Lavrov yesterday for ‘professionally and with dignity defending the country’s interests’.  Lavrov says Russia is offering military aid to Iraq to help it defend against Islamic State advances.  The two soldiers captured by Kiev in eastern Ukraine have confessed to serving in the Russian army.

Finance Minister Anton Siluanov sees the economy contracting by 2.5% this year.  The International Monetary Fund is predicting a 3.4% contraction, but then a rebound in 2016 of 0.2%, and a decline of inflation to 12.5% by the end of 2015.  Overall, it says Russia’s finances are facing longer-term challenges.  Roskomnadzor has reiterated that Google, Twitter and Facebook will be blocked if they do not comply with Russian laws.  The Duma is moving to bring the date of Russia’s next parliamentary elections to September 2016, three months ahead of the current schedule, which would put opposition candidates at a further disadvantage by shunting campaign time into the vacation months.  The Moscow Times debates the rumour that Sergei Shoigu could be a successor to Putin.

To draw attention to newly passed controversial legislation, Newsweek has compiled a list of the more bizarre reasons for arrests in Russia this year.  The Washington Post criticises the U.S. for failing to persuade Russia to implement the Minsk agreement or abandon its support for Syria.