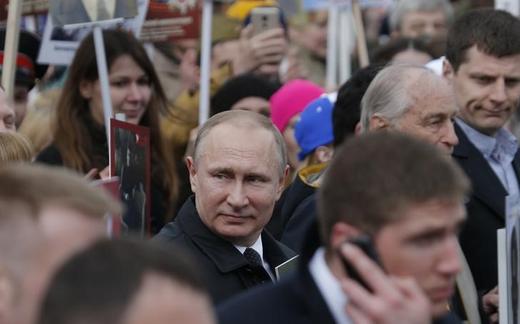 Alexei Navalny’s Anti-Corruption Fund (ACF) has published a new investigative work, revealing an alleged cartel of businesses owned by Yevgeny Prigozhin, who has been linked with Vladimir Putin since the 90s and is often referred to as the President’s “favourite chef“; Prigozhin is also allegedly the mastermind of the infamous Kremlin “troll factories“. ACF says all of the information was sourced using published data about federal procurement orders which revealed “strange coincidences” in the paperwork of the companies said to be involved. Last week’s virtual fight between Navalny and Alisher Usmanov has inspired reams of Internet commentary, with some suggesting that Usmanov must have been acting on orders from the Kremlin; but one journalist points out that the furore is benefitting Navalny by “help[ing] him gain political momentum“. Duma Deputy Natalya Poklonskaya suggested that Navalny’s ACF and Transparency International be checked for corruption. “Guilty conscience gives itself away, as they say. Maybe that is why they shout loudest,” she explained. State Duma lawmakers are accusing RFE/RL and Voice of America of using propaganda to disrupt Russian parliamentary elections last year, and alleging a broader US campaign designed to influence the results.

Russia and Saudi Arabia are uniting over oil production, despite numerous other bones of contention, and it’s “altered the playing field” for the oil industry, says Bloomberg. Russia is appealing to the World Trade Organisation to hold consultations regarding Ukraine’s sanctions against it, arguing that they violate its WTO obligations. The International Monetary Fund is predicting that Russia’s economy will recover this year and expand 1.4% after two years of recession, and that inflation levels will meet targets. This piece argues that any gains Russia has made in Syria through its military intervention will not hold.

The National Guard is planning to train its own IT specialists to monitor social networks, saying that it will help prevent any potential attacks against it.