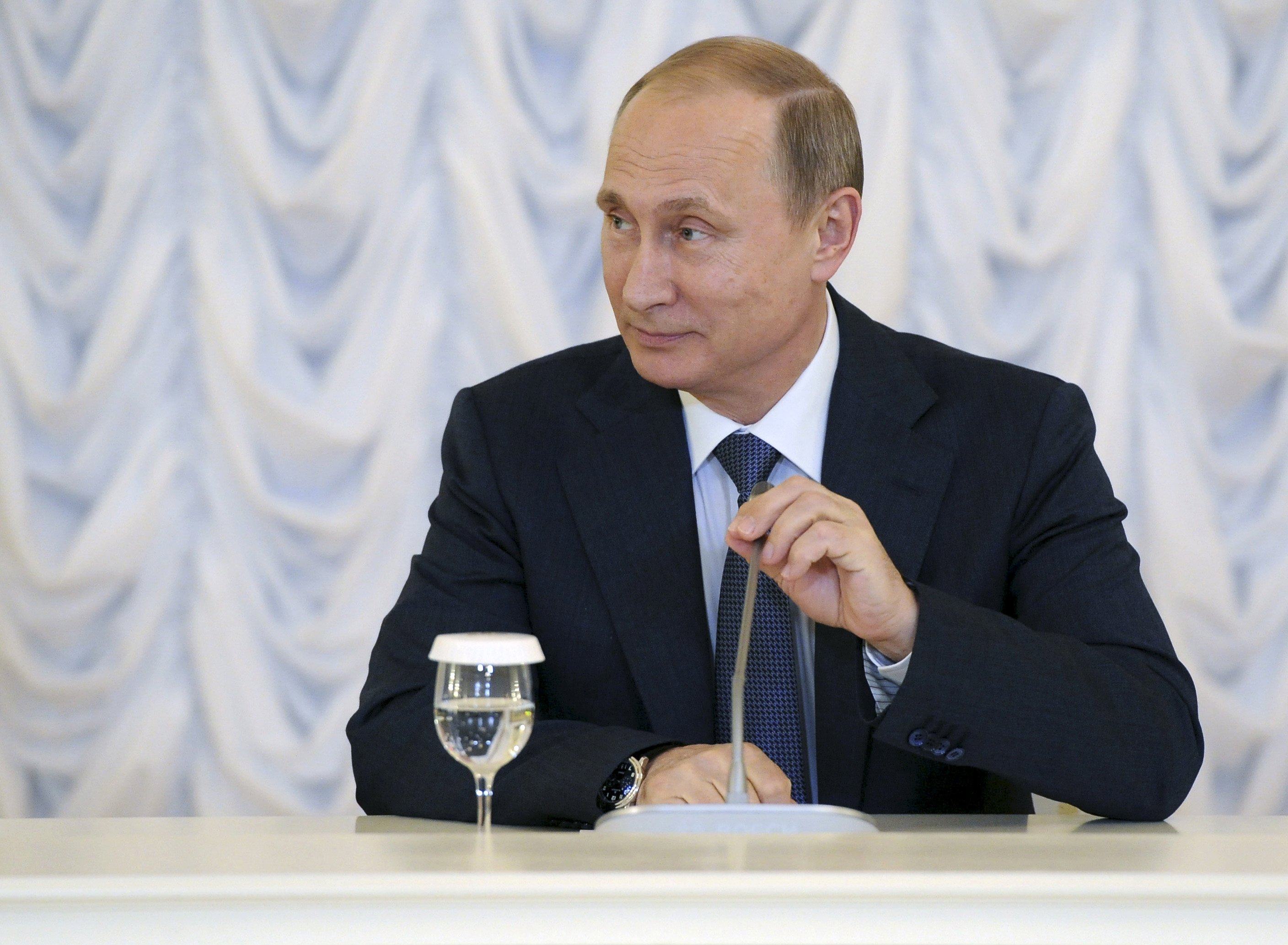 At his speech to the St. Petersburg International Economic Forum last Friday, President Vladimir Putin said that the Kremlin has Russia’s economic situation under control, and spoke with optimism about Russia’s prospects for recovery.  He said that Russia was willing to work with the West in dealing with global challenges, but blamed the U.S for ignoring Russia’s interests.  He also insisted that Russia will host the World Cup in 2018: ‘We won in a free fight and we are going to host the World Cup. That’s it!’  The Moscow Times live-blogged the President’s speech. Almost all of the biggest players at the forum admitted that Russia’s economy is suffering, with the exception of Anton Siluanov, but most expressed optimism about the future.  Speaking to the Financial Times, Sergei Ivanov, one of Vladimir Putin’s most senior officials, has warned Nato and the U.S. not to strengthen its military hardware near Russian borders, saying that such a move would force Russia to consider more severe defence measures. ‘Not everything depends on us, it also depends on you.’  He also admitted that the situation in Ukraine is ‘out of control’, and downplayed suggestions that Putin would push for an early election. The full interview is here.  Speaking to Kommersant newspaper, Security Council secretary Nikolai Patrushev accused the United States of spending $5 billion organising the state coup in Ukraine, as part of a bid to weaken Russia.

German newspaper Die Welt estimates that Europe’s anti-Russia sanctions will end up costing it $113 billion.  Ash Carter, chief of the Pentagon, suggested that Russia’s ‘backward-looking’ behavior will change when Putin is no longer President.  Russian state bank accounts, frozen in Belgium as part of fallout from the Yukos case, are in the process of being unblocked. Former economy minister Andrei Belousov says that, with regard to sanctions, Moscow is set to maintain a status quo in its relations with the West for the foreseeable future, and says that this balance is a desirable consensus.

Activist Dmitry Taralov, who has been working with Alexei Navalny on his election campaign, was hospitalised after being attacked on a campaign trip in the Far East.  Russia and Saudi Arabia have signed a $10 billion joint investment memorandum.