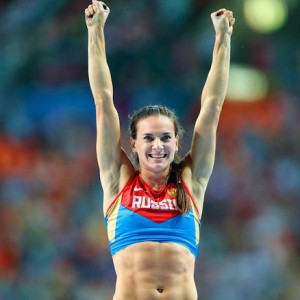 The Committee of Permanent Representatives in the European Union has reportedly agreed to extend sanctions on Russia until the end of January 2017, another six months, ‘in order to evaluate the implementation of the Minsk agreements’.  Formal approval by the bloc’s ministers is, however, still pending.  As anticipated, the International Olympic Committee has unanimously agreed to uphold the International Association of Athletics Federations’ decision to ban Russian track and field athletes from the 2016 Olympics in Rio de Janeiro over doping charges.  Pole vault champion Yelena Isinbayeva plans to appeal and hopes that others will too.

According to a Defense Ministry statement, the Russian Air Force has successfully carried out tests of a new short-range anti-ballistic missile system in Kazakhstan.  Lithuanian President Dalia Grybauskaitė has signed a law reinstating compulsory military service, apparently in response to a perceived threat from Russia.  NATO has began antisubmarine warfare exercises in the Norwegian Sea, for similar reasons.  A bipartisan group of U.S. senators have introduced a resolution criticising Russia for what they describe as ‘dangerous and unprofessional’ military actions in recent times.  A Moscow security firm is hoping to encourage private companies to purchase technology, currently used by the military, that would allow employers to eavesdrop on their employees.

Despite evidence of some recovery in the Russian economy, credit rating agency Moody’s says it will not offer a stabilization of its sovereign rating outlook.  Rosneft chief Igor Sechin has underplayed OPEC’s role as a regulator of the global oil markets, telling Rossiya-24 TV that Saudi Arabia, the United States and Russia are the three main player.  He also says the company could be worth as much as $130 billion, and that Putin is ‘not afraid‘ of selling a stake in the company to China, which apparently needs the oil – Beijing increased its imports of Russian oil to a record of 5.2 million tonnes in May which is an increase of 33.7% in annual terms.  President Putin is heading to China this weekend with a view to strengthening ties; the Washington Post sees some trouble ahead.