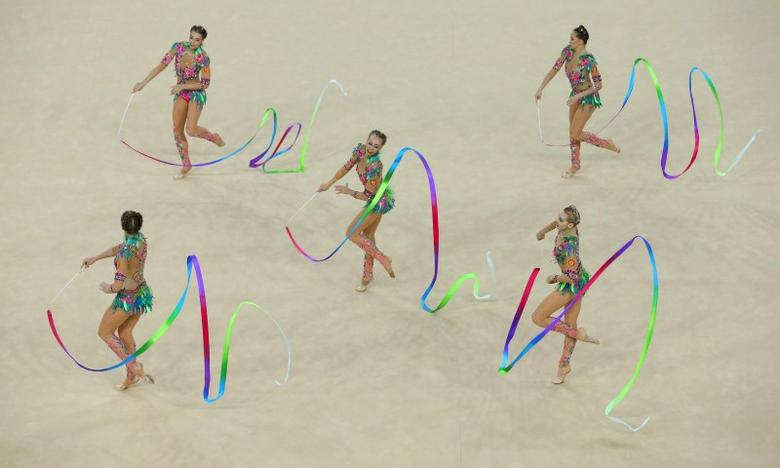 The Syrian Network for Human Rights estimates that Russia has killed more Syrian civilians than ISIS since it began supporting the Assad regime last September.  Crimea says Russia has done nothing to make good on its promises of two years ago that it would improve living conditions for residents.  Ukraine was unimpressed with Vladimir Putin’s arrival in Crimea last week, raising the matter of his ‘illegal stay’ with the United Nations.  A Russian activist is seeking asylum in Ukraine due to his recent detentions for anti-Putin protests.  Pole vaulter and two-time Olympic champion Yelena Isinbayeva was approved as an International Olympic Committee member, just in time for the closing ceremony of the games in Rio yesterday.  Isinbayeva was barred from competing during the games, and announced her retirement late last week, slamming the athletics governing body for its decision. ‘[W]hen you compete without Isinbayeva, it can’t be a proper gold medal.’  Russia ended up winning four gold medals overall, including its first ever gold in women’s handball.  Russia’s rhythmic gymnasts won their fifth consecutive Olympic gold yesterday.  Pravda says ‘Russia bashing’ may as well be a new Olympic sport.

Police have launched an investigation into an attack last week on Ekho Moskvy journalist Yulia Latynina, who was doused with a bucket of fecal matter on her way to host her weekly political radio show in Moscow. Latynina herself thinks the attack was linked to recent comments she made about businessman Yevgeny Prigozhin; she has reported being followed on the street in the past.  The editor of Siberian newspaper Yakutsk Vecherny defends its recent decision to attack Kremlin-backed television news sources for containing false information.  Amidst a growing trend of harsh treatment for any public figures who oppose the Kremlin, a former KGB colonel says the government ‘is using the special services to liquidate its enemies’.  Recent high-level reshuffling in the Kremlin, which has created new levels of insularity, indicate that ‘open political debate is far too threatening for Putin and his inner circle’ at this point, says Reuters.

Rumours of Donald Trump’s links to Russia continued this weekend after Democratic US presidential candidate Hillary Clinton’s campaign manager suggested that, despite the resignation of his former campaign head Paul Manafort, Trump ‘is just a puppet for the Kremlin’.