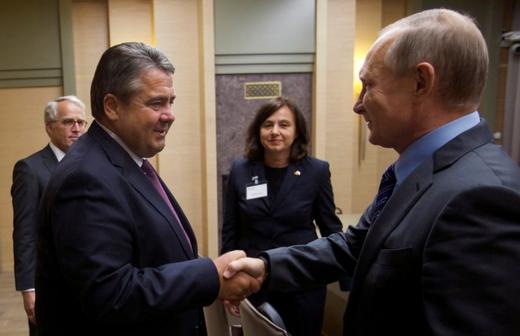 US Secretary of State John Kerry says he felt as though he was in ‘a parallel universe’ on listening to Russian officials speak about the recent attack on an aid convoy in Syria, and demanded that Syria and Russia ground all flights over battle zones.  ‘The trucks and the food and the medicine just spontaneously combusted. Anybody here believe that? I mean, this is not a joke.’ He says that Russia, like the US in the past apparently, should just admit that it made a mistake and apologise.  United Nations ambassador Vitaly Churkin says Kerry’s statements are a distortion of the incident.  Kremlin chief of staff Vyacheslav Volodin, nicknamed Putin’s ‘grey cardinal’ for the role he was thought to have played in the President’s 2012 victory, is leaving his post for a new role in the State Duma, after running in his home town of Saratov.  Vladimir Markin, spokesman for the Investigative Committee, says his resignation was his own decision.  The sole ‘independent’ member of the new State Duma, stationed in the Republic of Adygea, is a former United Russia party member with alleged criminal connections.  Russia would be wise to leverage its image as ‘the country that banned GMO’, says KPMG.

Russia’s recent surge in oil drilling, in keeping with Rosneft’s new strategy to challenge its existing records levels of production ‘appears to dash hopes that Russia will reduce oil production in conjunction with Opec’.  Prime Minister Dmitry Medvedev is angling for the next three years’ budget to be based on an oil price of $40 per barrel.  ‘We cannot allow populism … especially in the budget,’ he said. He does not foresee the Central Bank printing money to support economic growth.  The chief economist at the European Bank for Reconstruction and Development says Russia’s prospects for economic recovery are bleak.  Newly-elected Duma deputy, Pyotr Tolstoy (yes, that Tolstoy), says Russia will not develop economically unless it develops ‘spiritual values’.  Voina founder Oleg Vorotnikov was released in Prague and permitted to remain in the Czech Republic for the duration of his extradition; it is expected that he will seek asylum rather than return to the charges held against him in Russia, which he says are political and related to his controversial art projects.

Yulia Kiselyova, the daughter of a Russian politician, served just six months of the four year sentence she received for killing two people in a drunken car crash.