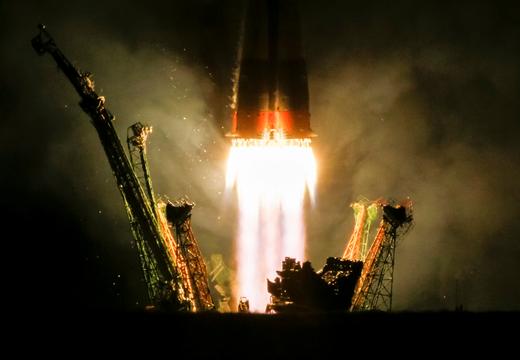 The Central Bank says it will nationalise troubled B&N bank by taking a majority equity stake and merging it with Rost Bank, thereby averting a domino effect of collapse in the banking sector. The initial news of B&N’s difficulty caused Russian financial sector stocks to drop slightly. Earlier reports that Mikhail Gutseriev was a shareholder of B&N have been corrected; the oligarch reportedly sold his ownership back in 1998. Demand for Russia’s Eurobond issues for 2027 and 2047 has exceeded $4 billion. Three thousand employees at the Moscow offices of Yandex were evacuated yesterday after an anonymous telephone bomb threat. President Vladimir Putin had been in the building earlier the same day; Yandex says the evacuation was due to a fire alarm, not a bomb scare. NATO troops from Poland and elsewhere have launched retaliatory defensive exercises follow Russia’s week-long war games which a Polish Defence Minister described as very clearly “offensive”.

Ukraine’s Naftogaz has filed a $5 billion lawsuit against Gazprom in the Hague arbitration court, alleging that the company has taken control of its assets in Crimea. With climate-related economic damage in Moscow expected to reach $4.3 billion a year by 2025, Russia has changed its tune on climate change with a reshuffle of its environmental ministry, but will not be acting to reduce carbon emissions. An annual environmental report found that over 16 million people in Russia’s major cities are breathing polluted air. China’s oil refineries will be receiving more Russian oil transported through an expanded Siberian pipeline network as of next January, which will likely see Russia definitively taking the lead from Saudi Arabia as China’s largest oil supplier. Energy Minister Alexander Novak says oil output cuts this month will exceed the OPEC agreement targets due to maintenance works at Sakhalin-1.

Foreign Minister Sergei Lavrov told the United Nations General Assembly he is concerned that “military hysteria” over North Korea’s nuclear weapons program could lead to a disaster. Facebook will share with US investigators the 3,000 political adverts linked to Russia.

PHOTO: The Soyuz MS-06 spacecraft carrying the crew of crew Joe Acaba and Mark Vande Hei of the the U.S., and Alexander Misurkin of Russia blasts off to the International Space Station (ISS) from the launchpad at the Baikonur Cosmodrome, Kazakhstan, Sept. 13, 2017. (REUTERS)