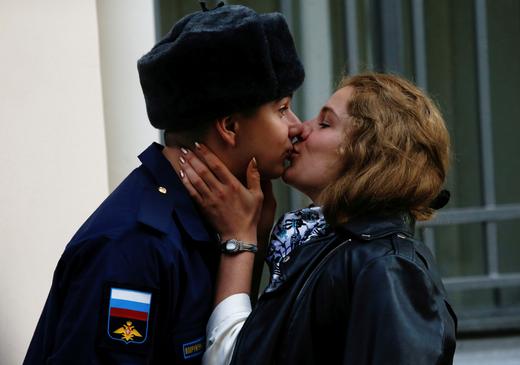 Moscow is vowing retaliatory measures after US President Donald Trump announced that Washington will exit the Intermediate-Range Nuclear Forces Treaty due to Russian violations. Deputy Foreign Minister Sergei Ryabkov said the withdrawal would provoke “very dangerous” responses, including “military-technical” measures. Former Soviet leader Mikhail Gorbachev, who signed the initial treaty in 1987, says Trump is making a mistake. The US has charged a Russian national with involvement in conducting “information warfare” against the United States, including efforts to influence the elections next month; Yelena Khusyaynova is the first person charged over 2018 election meddling. Ryabkov suggested that the US is using the charges to “fabricate a pretext” to extend its existing sanctions against Russia. Billionaire Alisher Usmanov has transferred his majority stake in Mail.ru Group, presumably in a bid to protect himself from potential sanctions.

Human rights group Memorial says authorities have revoked its initial permission to hold its annual remembrance ceremony for the victims of Stalin’s Soviet purges. Novaya Gazeta reported that businessman Yevgeny Prigozhin ordered his security aid to attack, and in one case murder, his opponents; the article bases its information on quotes from a former employee of Prigozhin, who has subsequently disappeared. Putin’s approval rates are falling, but public support for the army remains unaffected.

This piece argues that the high-profile arrest of two Russian football players was “highly unusual” and may have been orchestrated to divert attention away from Putin’s plummeting public approval ratings.