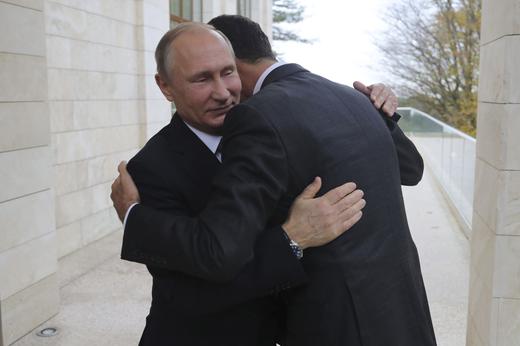 Following earlier denials, Russian officials have confirmed almost 1,000 times normal levels of radioactivity in the Urals, following earlier reports that a nuclear accident may have happened in Russia or Kazakhstan. The Environmental Ministry is refusing to investigate, because the spike in radiation does not exceed acceptable limits. “Why would you look for the source when there isn’t any danger?” Greenpeace will call for an inquiry into whether officials have concealed a nuclear incident, given that that highest radiation levels were found near the Mayak nuclear facility in Chelyabinsk, and that Rosatom, who owns the plant, denies responsibility. An RFE/RL interview with two independent nuclear experts suggests that the incident may not be a health threat, and was likely caused by a storage accident. In a new report, Human Rights Watch says that the “foreign agents” law has forced more than a dozen environmental groups in Russia to shut down. Disposable income has fallen for the fourth year in a row.

Vladimir Putin held a surprise meeting with Syrian leader Bashar al-Assad in Sochi yesterday, claiming that Russia’s military operation there is coming to an end. He then briefed US President Donald Trump on the telephone for an hour on the endgame plan for Syria, which includes a Syrian national dialogue with hundreds of Syrian groups early next month. Russia is trying to put an end to the publication of the names of banks that finance state-controlled arms producers, suggesting that it may be preparing for new US sanctions. Russia’s new state arms program for 2018-2025 will cost $321.2 billion (“financially aligned with the previous one”). Russia wants rules to be changed for inspectors at the UN Security Council, part of the dispute over alleged chemical weapons attacks during Syria’s civil war.

Russia’s minister of communications says the country will never consider the legalisation of bitcoin and other cryptocurrencies. Google will begin de-ranking stories from Kremlin media organs Russia Today and Sputnik in response to allegations that Russia meddled in last year’s US presidential elections; Moscow says it will retaliate. Billionaire Suleiman Kerimov has been detained in France as part of an investigation into tax evasion. Will Rosneft CEO Igor Sechin ever make it to court for the Alexei Ulyukayev case?