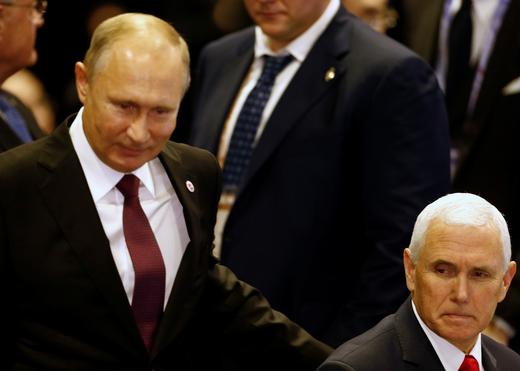 The State Duma passed its new three-year budget, projecting a $62 billion surplus, alongside Central Bank estimates for GDP growth at 1.7% GDP for next year, climbing to 2.3% and 3% in subsequent years. More than one-fifth of the Russian population now lives in poverty, and 36% have no disposable income, according to a Kremlin-backed study. Rapper Khaski was arrested mid-verse whilst performing for fans in a parking lot in Krasnodar after police blocked him from performing at two scheduled venues. His lyrics are under investigation for extremism. Russia’s National Guard, the new agency founded by Putin in 2016 to replace riot police, has bought two vans equipped with “laser dazzlers” for incapacitating and dispersing protesters. The vans, which beef up the agency’s already impressive selection of crowd control implements, cost almost $1 million. Communist Party candidate Andrei Ischenko, who narrowly lost a seat in Primorsky Krai last month under suspicious circumstances, has now been barred from participating in the second-round vote that he was instrumental in organising.

The State Duma wants the National Security Council to change its rules on nuclear weapons and allow them to be used in response to non-nuclear attacks, including hypersonic missiles which are not currently in use. Its proposals follow President Putin’s promise to discuss a response to US threats to pull out of the IRNF nuclear treaty. Foreign Minister Sergei Lavrov claimed that the West is trying to turn the Chemical Weapons Convention into “an obedient tool to promote Western policies” after Russia’s bid to restrict its powers failed.

Igor Korobov, the head of Russia’s GRU military intelligence agency, has died after “a serious and long illness”. His death comes after intense scrutiny of the GRU following its alleged involvement in the nerve agent attack on former spy Sergei Skripal. Moscow is pushing for the immediate release of suspected spy Marina Butina, who has been detained in the US for over four months, deeming her a “victim of Russophobia“.