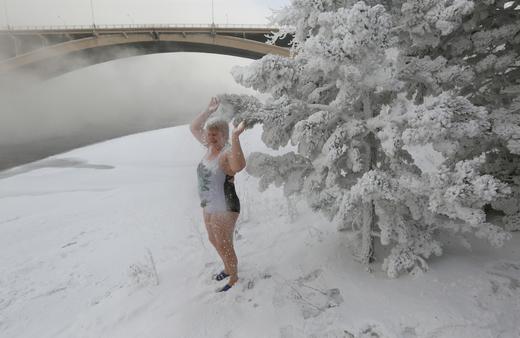 As oil prices continue to recover, Kirill Dmitriev, the CEO of the Russian Direct Investment Fund, said yesterday at the World Economic Forum in Davos that Russia has “learned its lesson” regarding oil price volatility, and that the current joint oil production cut with OPEC should continue for many years. A new Kremlin decree bans messaging services in Russia from disclosing any cooperation with law enforcement agencies. A Moscow court has ordered the closure of the Fifth Season foundation, which funds Alexei Navalny’s campaign activities, citing its alleged attempts to raise funding using Bitcoin, as well as administrative violations. The move ups the pressure against Navalny as the presidential elections approach, but the order will not come into force until March, and the team plans to continue operations as normal. Having successfully collected the 100,000 signatures required in order to register for the presidential candidacy, former socialite Ksenia Sobchak is calling for the legalisation of cannabis, arguing that it could end Russia’s “narcotics epidemic”.

New US sanctions imposed last November have led to two official Microsoft distributors based in Russia to impose sales on software to over 200 companies; restrictions are also worrying smaller goods and services companies. Industrialists are expecting to accrue massive losses as a result of the FSB’s instruction that high risk factories stop production during the World Cup this summer. The head of the British army says Russia is the biggest threat to the UK since the Cold War, and that hostilities could break out unpredictably at any time. Reuters says his comments are an attempt to garner more funds for a squeezed defence budget; the Independent called his claims “a red herring”. The UK has frozen the assets of Andrei Lugovoi and Dmitry Kovtun, the two Russians accused of killing former Federal Security Service officer Aleksandr Litvinenko over a decade ago.

For the first time, the US is importing LNG from Russia. The Court of Arbitration for Sport has begun hearing the appeals of the 39 Russian athletes barred for life for 2014 Olympics doping offences. Bolotnaya Square protester Maksim Panfilov has been released from a psychiatric clinic. German exports to Russia have increased for the first time in over five years, thanks to the recovery of the Russian economy to 2.5% growth last year.

As Peter Schechter, cohost of the foreign policy podcast Altamar writes, “In many ways, Moscow is at war with us. It is not a traditional military battle, but rather a limited, political war relying mostly on intelligence and subversion. But, because of the allegations of collusion between Trump’s campaign and Russia, we now have a president who has been politically boxed in, unable to take action. He is damned if he does, and damned if he doesn’t.”

PHOTO: Lyubov Valiyeva, member of the Cryophile winter swimmers club, sprinkles herself with snow from branches of a pine on a bank of the Yenisei Riverr, with the air temperature at about minus 38 degrees Celsius (minus 36.4 degrees Fahrenheit), in Krasnoyarsk, Russia January 21, 2018. REUTERS/Ilya Naymushin