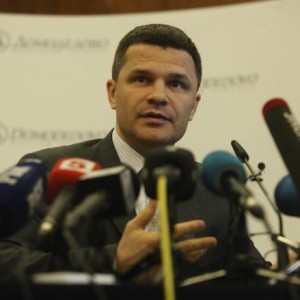 According to Amnesty International, Russia has committed some of the most ‘egregious’ war crimes witnessed in decades in its alleged bombardment of civilian and NGO targets in Syria.  President Putin is ‘convinced’ that the plans for a ceasefire negotiated between Washington and Moscow, to come into place on February 27, ‘are able to radically transform the crisis situation in Syria’.  The Syrian parties still need to accept the deal.  The U.S. has expressed trepidation about Russia’s plans to ask permission to begin flying surveillance planes equipped with new high-powered digital cameras over the United States as part of the Open Skies Treaty.  Russian military institutions are mulling new plans to introduce combat robots.

The Prosecutor General’s Office has appealed a decision to put the owner of Moscow’s Domodedovo Airport, Dmitry Kamenschik, under house arrest.  ‘Intimidation through the arbitrary arrest of one of Russia’s most successful private businessmen is another nail in the coffin of the Russian economy‘, says this Forbes commentator, who suspects that the Kremlin has its eye on a stake in the airport.  The term ‘import substitution’ has become a Putin favorite since relations with the West have soured, says Mark Adomanis, but has it actually happened?  Truck drivers from 43 regions have begun a 10-day strike in ongoing protest against the Platon tax system.

RFE/RL offers excerpts from a new report, written by opposition group Parnas, which alleges that Chechen leader Ramzan Kadyrov has amassed a 30,000-strong ‘private army‘ that poses a threat to national security.  A new poll has found that Russians’ attitudes towards the Chechen strongman have become more favorable over the last nine years.  Kremlin spokesman Dmitry Peskov is somewhat red-faced about his red pants.