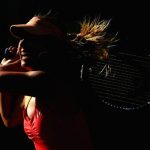 Two deputies from A Just Russia are joining forces with a member of the Public Chamber to create a Social Democratic Union aimed at uniting Russia’s disparate left-wing forces.  ‘Everyone who disagrees with United Russia’s policies needs to unite, both on the left and the right flank.’  Opposition deputies in Moscow are mounting a ‘quiet rebellion’ against United Russia, ‘showing an unusual inclination to cooperate with each other,’ and creating alternative legislatures, says Brian Whitmore.  One of the women detained in connection with punk group Pussy Riot’s performance in a cathedral has invited the Orthodox Church spokesman Vsyevolod Chaplin to visit her in jail, as the Inter-Religious council condemns the group for ‘blasphemy’ and ‘inciting hatred between believers and nonbelievers’.

Russia, whose new anti-gay laws ‘violate its obligations as a member of the 47-nation Council of Europe’, will be the only G8 member moving backwards on gay rights, notes Bloomberg, adding a survey of the global advance of gay rights over the last decade.  The chairman of Russia’s foreign policy committee says that Syrian President Bashar al-Assad needs to take the first steps towards ending bloodshed in his country.  The LA Times looks at the use of the European Court of Human Rights in matters of Russian justice.  Only 47% of voters would have supported Vladimir Putin if they had been given an ‘against all’ option on the ballot, says a new poll.

Finance Minister Alexei Kudrin’s economic reform fund may develop ties with Mikhail Prokhorov’s pro-business party.  President Dmitry Medvedev fired the Governor of Saratov in a ‘planned move’.  German Gorbuntsov, a former Russian banker, is in a coma after being attacked by an unknown gunman in London’s East End.  Poland has exhumed three of the bodies of passengers of the 2010 plane crash that killed President Lech Kaczynski over ‘discrepancies’ between initial Russian and Polish autopsies.

PHOTO: Maria Sharapova of Russia in action in her match against Shahar Peer of Israel during day 4 of the Sony Ericsson Open at Crandon Park Tennis Center on March 22, 2012 in Key Biscayne, Florida. (Photo by Michael Regan/Getty Images)