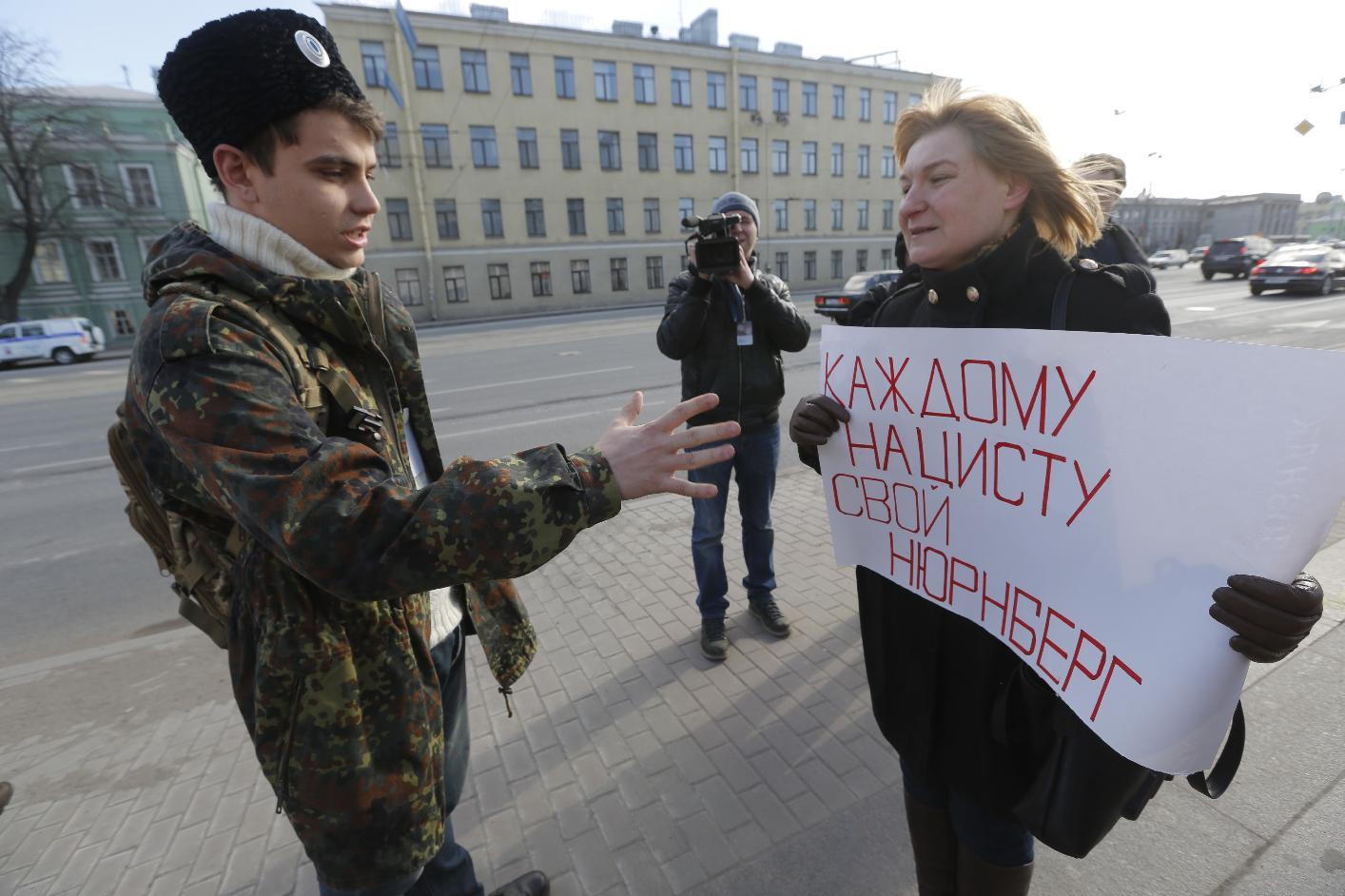 Foreign Minister Sergei Lavrov, who turned 65 yesterday, says he is ‘in distress’ over the ‘tragedy’ of Ukraine, and blames Kiev for blocking the implementation of the Minsk agreement ‘which everyone considered a good and implementable compromise‘.  But NATO says Russia is still sending heavy weapons into Ukraine ‘across a completely porous border’, and that Moscow continues to economically support prof-Russian separatists.  An Associated Press journalist agreed, after apparently seeing tanks and guns being transported towards Donetsk.  Throwing another spanner into the works, Russian ultra-nationalist Igor Strelkov speculated that Putin could end up like Nicholas II if he does not start supporting pro-Moscow separatists in eastern Ukraine. The Times says Strelkov’s comment ‘has prompted speculation that [Putin’s] stoking of nationalist sentiment may have unleashed dark forces he could ultimately struggle to control.’  Roughly 150 representatives of far-right parties across Europe met in St. Petersburg over the weekend to coordinate policies at an event organised by the pro-Kremlin Rodina party.  A Moscow political scientist’s theory about the meeting is that it was designed to foment trouble, reasoning that Europe would be forced to change its attitude over Ukraine ‘when and if internal European problems outweigh Ukrainian events’.  The Russian ambassador to Denmark threatened to target Danish warships with nuclear weapons if the country becomes a member of NATO’s missile defence shield.  Does the ‘petulant, willful, vain and unpredictable’ Chechen leader Ramzan Kadyrov have plans to take over from Vladimir Putin as President?

One fifth of Russian banks are sending financial data to the Central Bank on a daily basis due to their instability.  Sberbank head German Gref says the banking system still has not hit bottom.  Konstantin Sonin says the siloviki (former FSB agents who now hold senior government positions) are to blame for Russia’s economic crisis, for taking too great a role in forming policy and for making bad decisions: ‘[I]magine if a group of former health care workers set the country’s economic policy’.  Ukraine is anticipating lower gas prices from Russia as E.U. imports continue to decrease Kiev’s reliance on Gazprom, but Russian Energy Minister Alexander Novak says prices are more likely to rise.  Finance Minister Anton Siluanov may be disappointed in his expectation that Ukraine will repay its $3 billion bond this year.

PHOTO: A Cossack argues with an Russia’s anti-fascist activist, right, during protest near the venue of the the International Russian Conservative Forum in St. Petersburg, Russia, Sunday, March 22, 2015. The poster reads ‘ To each fascist his Nuremberg’. (AP Photo/Dmitry Lovetsky)