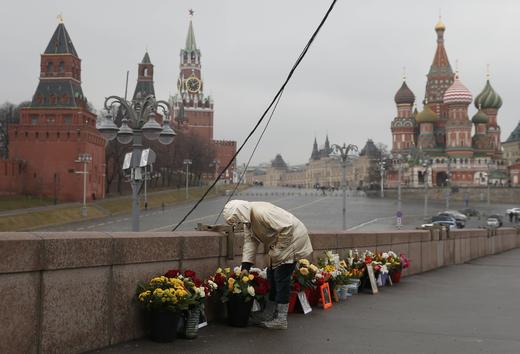 TODAY: Nabiullina to be nominated for second term at helm of Central Bank; Nord Stream 2 not designed to harm anyone, says Putin; Kremlin’s iron ladies keep feminism at bay; Navalny says rally will go ahead despite lack of approval from authorities; US general calls for ramping up nuclear stockpiles as Russia deterrent; lecturer fired for screening Navalny documentary; Gorokhov’s condition improves; Browder probe completed; Manafort’s links with Deripaska in the spotlight.

President Vladimir Putin will nominate Bank of Russia Governor Elvira Nabiullina for a new five-year term, praising her leadership in steering the country out of its recession. The President says the Nord Stream 2 gas pipeline is purely an economic project with no underlying intentions to harm other countries. The Guardian reports on the phenomenon of the Kremlin’s “iron ladies”: a politically active cohort of women who are “conservative, pro-religion, anti-feminists” who champion repressive and controversial laws including the restriction of demonstrations, and the law banning “gay propaganda”. Opposition leader Alexei Navalny is rejecting the sites proposed by the authorities for an anticorruption rally this week, vowing to hold the protest in central Moscow despite official objections. Russia and NATO are in high-level communications to monitor current high tensions between them. A US general expressed concern over Russia’s “much more aggressive” behavior in recent years, calling for a stronger and updated US nuclear force as a deterrent. Vladimir Putin says Russia’s arms exports last year topped $15 billion, and that Moscow is planning to expand its share of the global market.

A university lecturer in Krasnoyarsk says he was forced to resign his post for showing students a film by Alexei Navalny accusing Prime Minister Dmitry Medvedev of mass fraud. Nikolai Gorokhov, a lawyer for the Magnitsky family, who fell several stories from his apartment building and was hospitalised yesterday, is showing an improvement in his condition. Russian investigators have meanwhile completed their probe of William Browder, Gorokhov’s employer, and his business partner, accusing him of $60 million worth of damage for tax evasion and premeditated bankruptcy. The Russian embassy in London has accused the UK government of practicing double standards regarding the prosecution of high-profile Russian criminals residing in Britain, and that over 50 criminals wanted in Russia are currently being sheltered in the UK. As expected, Ukraine has formally banned Russia’s entry for the Eurovision Song Contest.