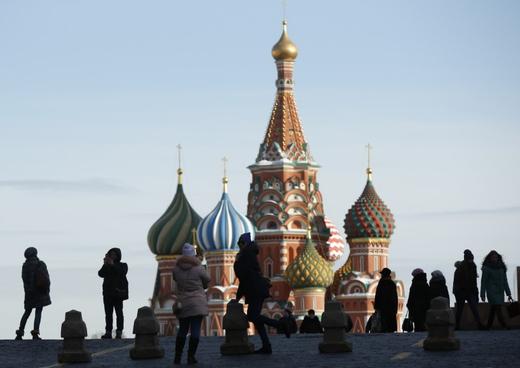 Russia’s attempts to block the Telegram messaging app, a punishment for its refusal to share its encryption key with authorities, “unleashed chaos” on Russia’s internet last week, and still failed to get the app offline. Roskomnadzor blocked some Google IP addresses that were being used to access the app, partially affecting accessibility of Google services across Russia over the weekend. Its blocking of 18 networks used by Google and Amazon also blocked access to millions of sites including business domains. A total of 18 million IP addresses were banned last week, compared to 38,000 in all previous years, prompting some hasty comparisons with China’s Internet regulation. Companies struggling under the latest wave of US sanctions are asking the Kremlin for $1.6 billion in support. A state-run poll suggests that less than 50% of Russians have trust in President Vladimir Putin since his re-election, a drop of about 10 percentage points since the beginning of the year.

The US Democratic Party is suing Russia for conspiring to disrupt the 2016 presidential elections; but Russia apparently has not yet received notice. The Kremlin has expressed concern that the US is deliberately making it difficult for Aeroflot crew members to obtain US visas. In turn, Russia accused the US of creating a “visa wall” to keep its citizens out, after two Bolshoi Ballet dancers were refused visas to perform in New York. French President Emmanuel Macron will meet with his US counterpart this week, and in preparation said that it was important for both sides not to show weakness to Vladimir Putin who, he said, is “obsessed by interference in our democracies”.

Putin congratulated new Cuban President Miguel Diaz-Canel on his election and pledged economic cooperation. Activists are concerned that state-run companies in World Cup cities are carrying out culls of stray animals ahead of the games, with government funding. A gale-force wind storm in Moscow claimed at least one life over the weekend.