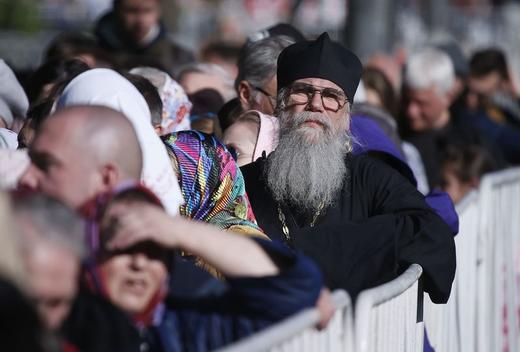 The Federal Antimonopoly Services (FAS) uncovered a price-fixing cartel in the Defence Ministry’s procurement contracts – and it turns out to be the same one uncovered by Alexei Navalny’s Anti-Corruption Fund (ACF) last week. Unlike the ACF version, the FAS does not mention Putin ally Yevgeny Progozhin in connection with the cartel, and it is suspicious of a much smaller sum (Navalny’s report alleged 23 billion rubles went to the companies via state contracts, the FAS estimates just 2 billion). The Investigative Department of the Interior Ministry detained eight members of a money laundering syndicate that had transferred over $14.2 million into offshore companies. A new report by a cyber security firm has details of the Russian hacking case that saw 16 suspects detained last year, in which 3,500 smartphones were targeted every day, raising $892,000 from domestic bank accounts. A new survey by a rights organisation found that a whopping 22% of Russians have witnessed or experienced beatings carried out by police and medical staff, and another 28% had heard of similar cases from family and friends.

The International Paralympic Committee says there is a “strong chance” that Russia could be banned from the Winter Paralympics in South Korea next year over doping violations. The Moscow Times likens Moscow’s plan to demolish and rebuild 25 million square metres of Moscow housing to “old Bolshevist methods”, and many believe the law violates constitutional guarantees of legal protection for private property. Turkey and Russia have signed an agreement to lift trade restrictions against each other, as part of their new commitment to settle trade disputes.

The US apparently appealed to Russia twice for information on the Kremlin’s possible interference into its presidential elections last year, once before Donald Trump was elected. An engineer from California has pleaded guilty to attempting to sell sensitive military satellite information to Russia.

PHOTO: An Orthodox priest stands in a queue with believers to venerate the relics of Saint Nicholas being shown in the Christ the Saviour Cathedral, after his remains were sent to Russia on loan from their permanent home in Italy, in central Moscow, Russia, May 22, 2017. REUTERS/Maxim Shemetov