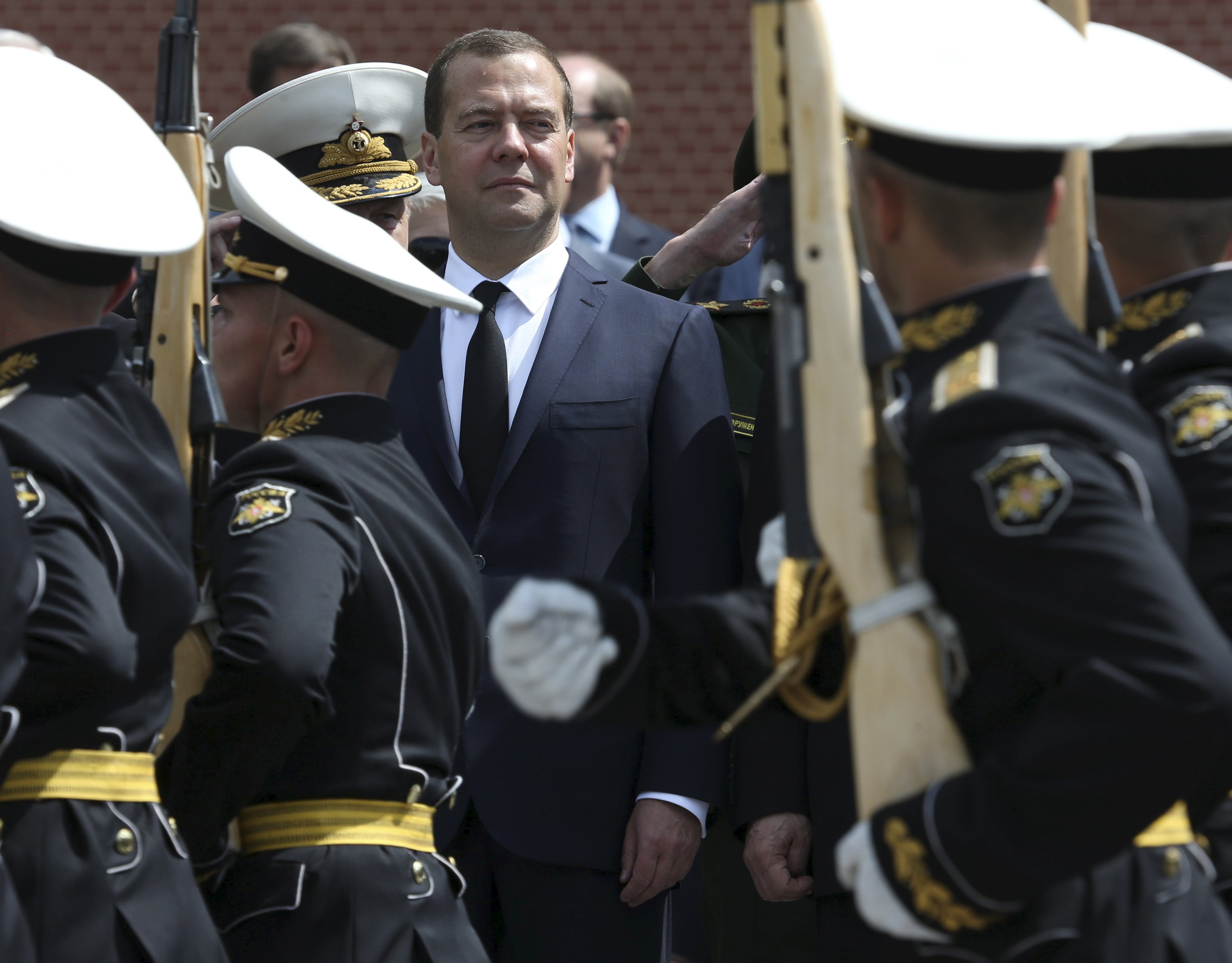 The European Union will extend its existing sanctions against Russia until January of next year, sparking a furious response from the Kremlin who called the measure self-defeating as well as insulting, given that the decision was relayed on Russia’s anniversary commemorating the Soviet victims of World War II.  The Foreign Ministry responded with disappointment that Europe has caved to what it called a ‘Russophobic lobby’.  But the chairman of the Duma’s foreign policy committee says the fact that sanctions have been extended but not toughened is ‘a defeat for Kiev, the Baltics and the like’.  In a response measure, Prime Minister Dmitry Medvedev submitted a proposal to extend Russia’s Western food import ban for another six months.  In a telephone conversation with French President Francois Hollande and German Chancellor Angela Merkel, President Vladimir Putin said that Ukrainian forces must stop shelling in the country’s eastern territories.  Brian Whitmore suggests that Alexei Kudrin would be the perfect successor to Putin.

The Prosecutor General’s office blocked the website of the Society for Protection of Consumer Rights and launched a probe against the consumer rights group after it advised Russians not to travel to Crimea.  LGBT rights activist Nikolai Alexeyev has been fined $375 for organising an unsanctioned rally in May for gay rights in Moscow.  The Kubana rock festival is moving from Kaliningrad to Latvia’s capital after regional authorities said they could not promise to protect attendees from conservative activists.  A new report by Freedom House finds that Russia is taking aggressive actions to block democratic efforts in Europe and Eurasia, citing the takeover of Crimea and the backing of separatists in eastern Ukraine.

Venezuelan state oil company PDVSA says it signed various investment agreements with Rosneft, including plans for a joint venture.  The Kremlin did not say why it has ordered a $560 million cut on World Cup spending plans.