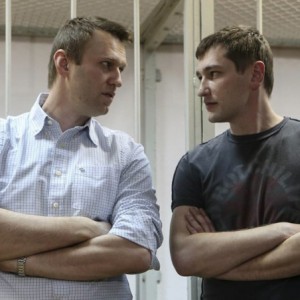 Addressing the Duma on the 75th anniversary of Nazi Germany’s attack on the Soviet Union, President Putin has asserted that Russia must improve its combat readiness to be able to counter NATO’s ‘aggressive actions’ near Russia’s borders.  He also lambasted the West for what he calls reluctance to build ‘a modern, non-bloc collective security system’ with Russia.  The President praised the Duma lawmakers’ work in Crimea, saying, ‘I consider the legal integration of Crimea and Sevastopol as a result of your work to be a truly historic achievement, driven by your sincere, heartfelt, and emotional support of those citizens before the peninsula joined the Russian Federation‘.  Despite ongoing sanctions against Russia for actions in Ukraine, the mood at the St Petersburg Economic Forum was one of optimism that 2017 would see a reversion to normality – or at least organisers did their best to indicate it would, the Moscow Times reports.  Yevgeny Dod, chairman of the board of directors for energy firm Quadra, has been detained by police in Moscow, after suspicions emerged that he had unlawfully awarded himself a $1.13 million bonus for the 2013 results of state-owned hydropower producer Rushydro, where he was chief executive.

Is the Kremlin cracking down on online criticism?  A series of vicious attacks on people who have voiced their views on VKontakte would indicate so, says RFE/RL.   The brother of opposition figurehead Alexei Navalny, Oleg Navalny, who is currently serving three years in prison, is to face a parole hearing behind closed doors on June 27.  With longstanding concerns from parents and local authorities, how did Syamozero Park Hotel in Karelia, which organised the recent boating trip on which 14 children died, win a tender from Moscow City Hall?  Amid a flurry of accusations of voting violations, the head of the Moscow region’s electoral commission, Irek Vildanov, has resigned.  Moscow has stated that initial plans to ban all dairy imports from Belarus, Russia’s largest supplier, might have been over-exaggerated.

Culture Minister Vladimir Medinsky has offered his interpretation of tensions between the U.S. and Russia – and it seems to have something to do with Netflix.