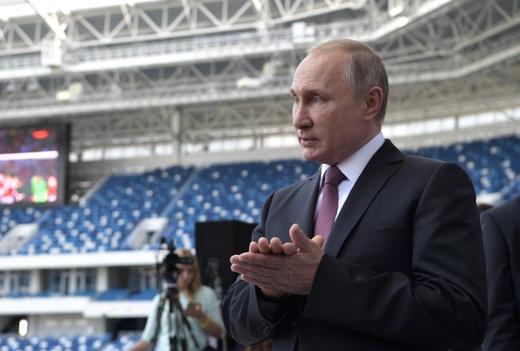 The FSB, Russia’s main intelligence agency, has reportedly launched an investigation into state treason and raided two Roscosmos research facilities, following a suspected leak of secret hypersonic missile technology to the West. President Vladimir Putin ended his silence on pension reforms last week, saying that no definitive decision had yet been made and that he likes none of the proposed options, but that the strain on Russia’s public finances is growing. United Russia has submitted a new bill at the Duma that would crack down on “fake news” by holding social networks to account for certain content. Putin spoke with his French counterpart on the phone last week to discuss joint humanitarian efforts in Syria; Moscow shot down two unidentified drones that attacked its Syrian air base at Hmeimim. Journalist Arkady Babchenko spoke to the BBC about how he faked his own murder earlier this year. The Kremlin’s law forcing telecoms operators to store the content of users’ phone calls and text messages for six months is going to create up to 10% cost increases for consumers. It was poet Vladimir Mayakovsky’s 125th birthday last week.

Foreign Minister Sergei Lavrov is demanding the release of Maria Butina, the Washington-based woman accused of being a Russian agent. He said the charges against her were “fabricated”. She is now being accused of having wider high-level contacts than was previously understood, including members of the US Treasury Department. Butina’s lawyer called the case against his client “very weak”, and said that he does not understand the motives behind her prosecution, given that “all she did wrong was establish a channel of communication”. The US Treasury says it is open to removing Rusal from its sanctions list. The Foreign Ministry has summoned the Greek ambassador to protest the expulsion of two Russian diplomats from Athens as part of the row over Macedonia’s plans to join NATO. Greece has warned of further measures.

The US rejected a Russian proposal to hold a referendum to decide the fate of eastern Ukraine, on grounds that the area is not under the control of the Ukrainian government and thus a vote would not be legitimate. Rosneft CEO Igor Sechin is anticipating that the price of oil will stay below $80 USD per barrel at least until the end of 2018, and that the company’s annual budget is based on a price of $63. The prison beating of inmate Yevgeny Makarov in Yaroslavl is finally being investigated.