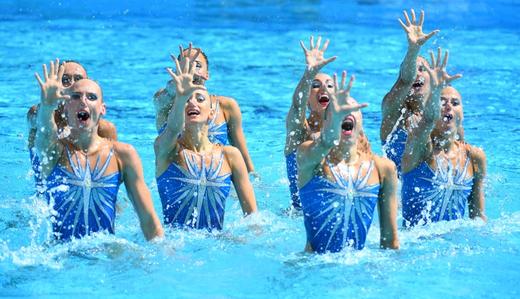 TODAY: Iran says Russia no longer using its airbase to bomb Syria, US says it is not so sure; Russia and US cooperation stalled on Syria, US working with Finland on Russia defence; WADA and DNC hacks both linked to Russian group; Ukraine investigating high-level Russian officials; Bashneft privatisation may not happen until mid-2017; protesters harassed on their way to Moscow; Russia comes fourth overall with Rio gold medals.

Iran says that Russian airplanes are no longer using one of its airbases to bomb Syrian targets, following an earlier rebuke of Moscow for going public about its use of the facility; the Iranian Defence Minister described Russia’s going public about the raids as ‘showing off’, and its Foreign Ministry stated that ‘Russia has neither a base in Iran nor has it been stationed in Iran. It was a temporary job.’  Russia has not ruled out the possibility of using the Hamadan base again, if circumstances in Syria require it.  The US says it is not clear on whether Russia definitively is no longer using the base.  Are analysts overestimating the strength of the Russia-Azerbaijan partnership?  A top US commander says he is doubtful that further cooperation with Russia over Syria is possible at this point.  Finland and the US are working together on a defence cooperation agreement to bolster security against Russia’s heightened military activity.

‘Hacking experts’ are linking the attack on the WADA website and the breach of the Democratic National Committee emails to the same group, Fancy Bear, which is suspected to have links with Russia’s security agency, GRU.  Ukraine’s General Prosecutor’s Office is investigating 20 senior Russian officials suspected of involvement in crimes against Ukrainian national security, including Defence Minister Sergei Shoigu.  Alexei Ulyukayev, the Economic Development Minister, is now saying that the privatisation of Bashneft is likely to happen by the middle of 2017 at the latest, but that the Kremlin ‘should do our best do to it in 2016’.

Hundreds of farmers engaged in a protest drive towards Moscow to raise awareness about local corruption are complaining of intense police harassment.  Russia’s medal tally at the Rio Olympics was its smallest since the 1912 games in Stockholm, but it finished fourth place overall in terms of gold medals, causing many to see the result as a triumph, given the doping scandal that barred its athletes from competing.  The BBC reports on a new foster village that seeks to solve the problem of Russia’s large number of orphans (a particular pressure now that US adoptions of Russian children have been banned).