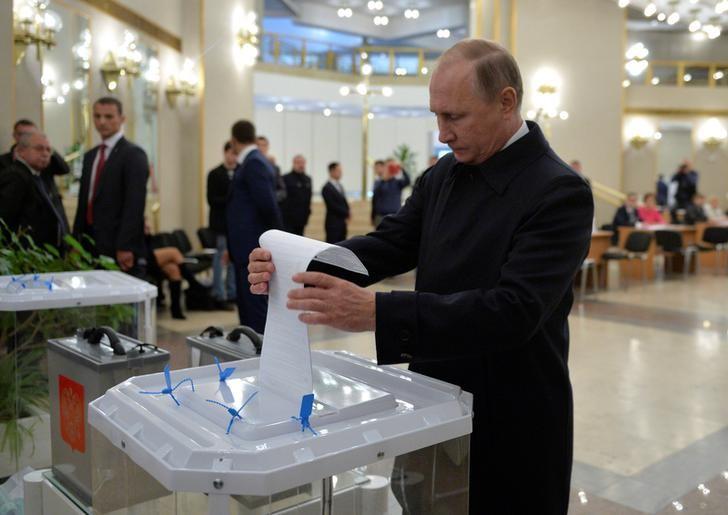 President Vladimir Putin announced his long-time ally Sergei Naryshkin as the new head of the Foreign Intelligence Service, and is planning more high-level reshuffles in the wake of last weekend’s elections. Naryshkin’s former position as Kremlin chief of staff is likely to be filled by Vyacheslav Volodin, currently the deputy chief of staff.  Naryshkin will replace Mikhail Fradkov, who was Putin’s Prime Minister for four years before moving to the intelligence service post.  After the final count, opposition politicians (all Pro-Kremlin Putin supporters) took just 107 of the State Duma seats, after United Russia won an overwhelming 343 of them; none of the genuine opposition parties gained the 3% of the vote necessary to qualify for federal funding, let alone the 5% necessary to enter parliament; one Yabloko party member apologised to its supporters.  Dmitry Gudkov, the only liberal deputy, lost his seat.  Brian Whitmore says Russia is entering ‘a new and more sinister phase’.

A data count of how many Russian citizens in Syria took part in the vote suggests that the Kremlin has around 4,000 military personnel currently based there.  Russia and the US have been unable to agree on how to revive the Syrian ceasefire following a ‘long, painful, difficult and disappointing’ meeting.  The Finance Ministry has proposed new borrowing that will raise $1.25 billion in dollar bonds.  The top up to its existing bonds was apparently greeted with huge investor demand, completes Russia’s external borrowing requirements for the year.  The Deputy Energy Minister says Russia could reduce its oil output by 5% – at least, ’theoretically’.

Human rights campaigner Svetlana Gannushkina has been joint-awarded Sweden’s ‘alternative Nobel’ for her work as the founder of the Moscow-based Civic Assistance Committee which works with migrants and refugees.

PHOTO: Russian President Vladimir Putin casts a ballot at a Moscow polling station during the parliamentary election on September 18, 2016. Sputnik/Kremlin/Alexei Druzhinin via REUTERS