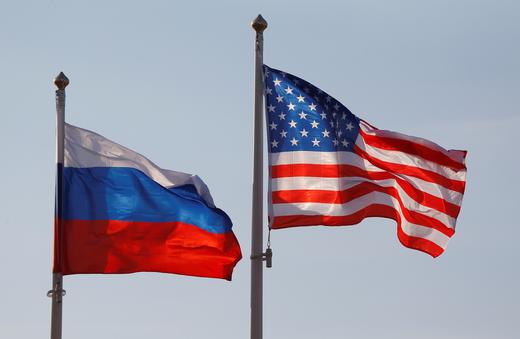 Visiting the Kremlin, US national security adviser John Bolton told Russian officials that attempts to influence the 2016 US presidential elections were unsuccessful in affecting the results of the vote, but nonetheless sowed distrust. “You shouldn’t meddle in our elections because you’re not advancing Russian interest,” he said. Bolton will discuss US plans to pull out of the Intermediate-range Nuclear Forces treaty, which have not yet been confirmed, but which have drawn criticism from Russian and European leaders. Reuters argues that a US pull-out would be a huge benefit to President Vladimir Putin, who will no longer have any restrictions on updating and extending Russia’s store of nuclear weapons. “Trump’s ill-conceived and poorly thought-out action plays directly into Putin’s hands.” Security Council secretary Nikolai Patrushev says Russia is ready to work on issues over how the treaty is currently being implemented.

Putin has signed a decree that paves the way for new sanctions against Ukraine, made in retaliation for “unfriendly actions” including its own sanctions. Sanctioned Russian businessman Boris Rotenberg is suing four Nordic banks for breaching service contracts in Finland. The Russian Orthodox Church says it will consider restoring dialogue with the Constantinople Patriarchate if it apologises for supporting the Ukrainian Church’s bid for independence. Steelmaker Severstal is responding to the Kremlin’s call for a major domestic spending push with a long-term, multi-billion-dollar investment programme.

The State Duma is proposing a ban on all news aggregation services that are more than  20% foreign-owned, causing a 4% share price drop to Yandex, currently Russia’s largest news aggregator. This would corroborate Yandex’s denial of the rumour that Sberbank was seeking to buy a stake.