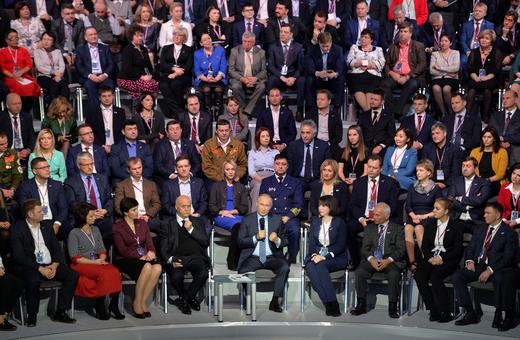 NATO and Russia are continuing to trade spiky statements following Russia’s deployment of missile launchers in the Baltic region of Kaliningrad this week; NATO is accusing Russia of ‘aggressive military posturing’; Kremlin spokesman Dmitry Peskov maintains that Russia’s move is a logical response to hostility from the West.  The Defence Ministry echoed Peskov’s sentiments.  Foreign Minister Sergei Lavrov says Russia sees Ukraine’s detention of two of its soldiers near the Crimean border as ‘a provocation’, and the Defence Ministry is describing the event as an abduction.  Ukraine’s Naftogaz is fighting back against its sometime-tormenter Gazprom – by trolling it over key disputes on Twitter, reasoning it’s a medium that the latter can’t afford to avoid.  Putin wants Russia’s ban on Western food imports to last as long as possible.  President Putin has ‘rather good relations’ with France’s right-wing presidential candidate, Francois Fillon, notes Dmitry Peskov.

The rights organisation Memorial is in court to appeal the Justice Ministry’s decision to force it to label itself as a ‘foreign agent’.  This piece reports on a Russian farmer’s efforts to get the government to help him fight local corruption and illegal land seizures in Russia’s southern regions.  The Moscow Times explains why Russia’s denunciation of the International Criminal Court earlier this month is legally irrelevant.

A racist comment about US President Barack Obama by Russian state news superstar Dmitry Kiselyov was edited out of a flagship news show.