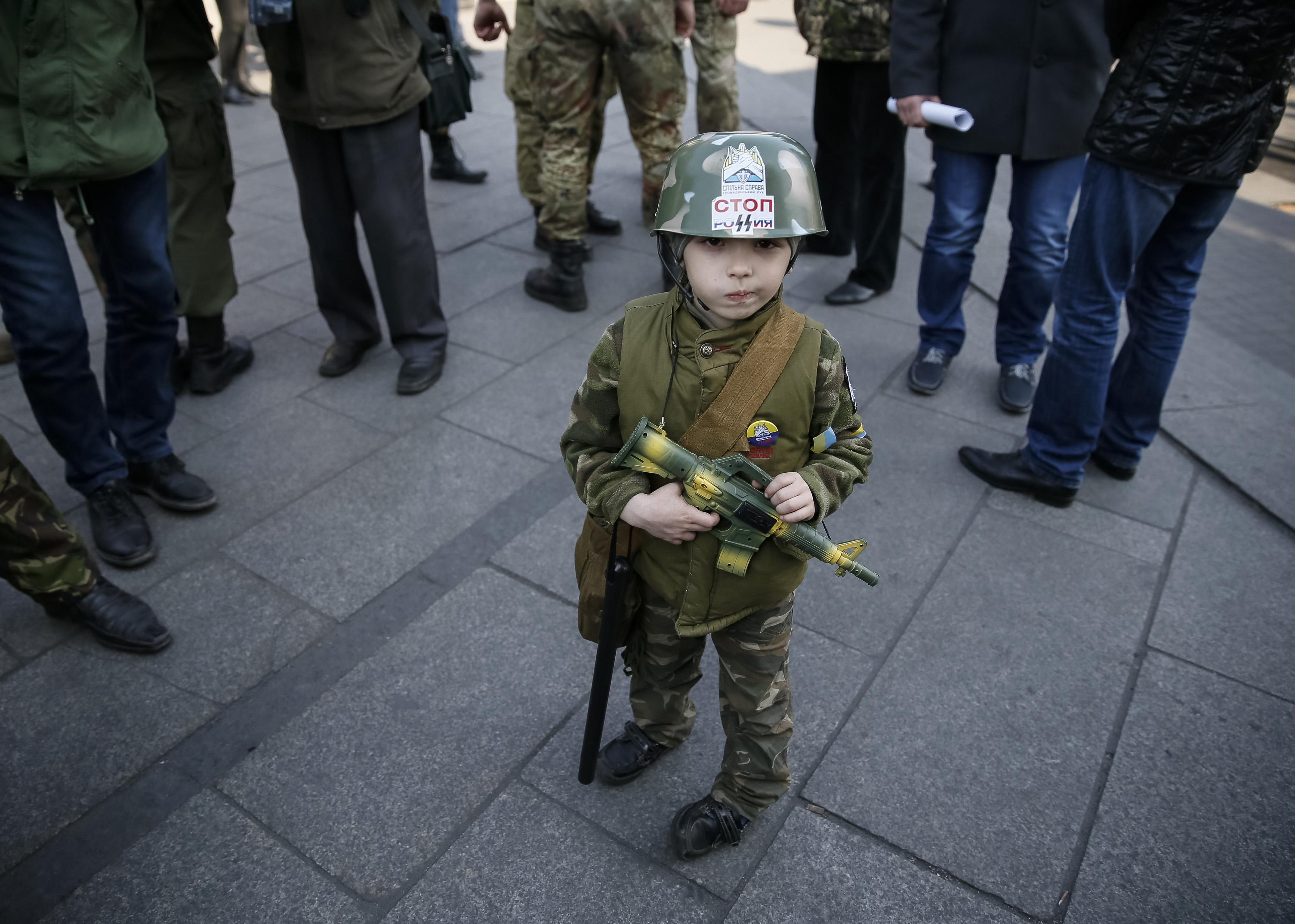 Russia says it is in compliance with international troop limits on the border with Ukraine, but Nato’s top military commander claimed that Russia is massing troops on the Ukrainian border and that they are ‘very, very sizeable and very, very ready’; he suggested that Moldova’s Trans-Dniester region could be the next target.  Of the 18,000 troops initially stationed in Crimea, only 2,000 have left.  The White House yesterday warned of a full invasion of Ukraine, and said that troop buildup near the border ‘creates the potential for incidents’.  Ukraine’s foreign minister also says he sees the risk of war growing, and that Ukrainians are preparing to ‘defend their homeland’.  Local defence groups have formed in Ukraine’s Donetsk region to protect themselves as increasing tensions are felt.  A truce made between Ukrainian and Russian defense ministries last week has expired, leading to further Russian takeovers of Crimea’s remaining military bases, including the base in Feodosia this morning.  Ukraine, meanwhile, has taken up the remains of the abandoned E.U. deal that started the whole crisis.  World leaders are gathering in The Hague to discuss the situation.  President Vladimir Putin and German Chancellor Angela Merkel apparently agreed that the Organisation for Security and Cooperation in Europe will send monitors to Ukraine.  Belarussian President Alexander Lukashenko accepts Russia’s annexation of Crimea, but said that it set a ‘bad precedent’.

Bloomberg says Western sanctions ‘are pushing Russia toward recession’, and that shaky markets will see the economy continuing to shrink for at least the next two quarters.  Russia, in turn, is cracking down economically on Ukraine by closing off trade and increasing the price of gas, and is considering tit-for-tat sanctions for Europe.  The chairman of Bank Rossiya says U.S. sanctions actually helped him win new clients, after President Vladimir Putin responded by opening his own account.  Visa and MasterCard announced plans to restrict at least four Russian banks, which would potentially hit Russian tourists abroad, but Russian bank SMP says payment transactions have already resumed.

A detained billionaire who was involved in Russia’s ‘murky’ gas trade with Ukraine ‘may hand over a treasure trove of information’ about Gazprom’s allegedly corrupt deals.  Indonesia seems to have bowed to pressure from Rusal and Norilsk Nickel in announcing a new ban on nickel ore and bauxite.  Two people were killed in an avalanche at the Sochi ski resort just one day after it was opened to the public.

PHOTO: A boy dressed in a military uniform attends an anti-war rally at Independence Square in Kiev March 23, 2014. Russia’s defence ministry said on Sunday that it was complying with international troop limits near its border with Ukraine, after NATO’s top military commander voiced concern over what he said was a large Russian force on Ukraine’s eastern border. REUTERS/Gleb Garanich