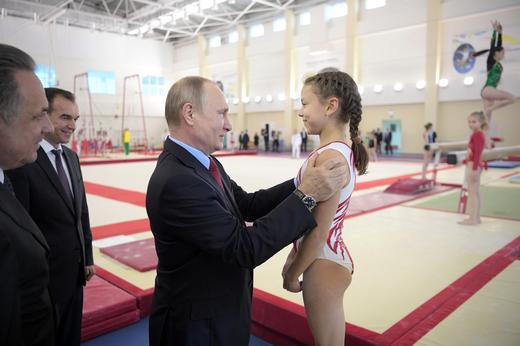 Prominent Russian filmmaker Kirill Serebrennikov was detained following a raid by the Federal Security Service on his home and on a leading contemporary theatre in Moscow. Serebrennikov has protested against the government and spoken out against the increasing influence of the Orthodox Church. This piece discusses the wave of public protests that has swept across Russia in recent months, and notes that a number of protest organisers, protesters, and parents of protesters, are now facing not only prosecution but “numerous threats and defamations”. Transparency International, which has been branded a “foreign agent” since 2015, is coming under further pressure from lawmakers. Rosneft has apparently canceled an $800,000 order for napkins, vodka glasses, and sugar bowls, following criticism from the Anti-Corruption Fund (FBK) who found out that the glasses cost $200 each, and that the total spent on napkins was to be in excess of $500.

Greenpeace is warning that the planned Moscow demolition plan could spark an environmental collapse because it would lead to the loss of 2,700 hectares of green space, and the loss of 25% of existing trees in the areas under consideration. President Vladimir Putin is not even thinking about running in next year’s presidential elections, says his spokesman Dmitry Peskov. During his visit with Putin, Philippine President Rodrigo Duterte said his country needs the support of Russia in acquiring modern arms to fight Islamic State militants. Russian Railways, the state-owned railway monopoly, is refusing most requests to take cargo to Latvian ports, without explanation. Prime Minister Dmitry Medvedev condemned Monday’s terrorist attack at the Manchester Arena as “an inhuman act”.

A group of former minority shareholders of Yukos filed a lawsuit in the Netherlands against former top managers at the company. It is estimated that a new financial pyramid is set up in Russia every 48 hours. The number of Russian children living in state orphanages has more than halved since 2012.

PHOTO: Russian President Vladimir Putin visits a complex of training halls in the southern city of Krasnodar, Russia, May 23, 2017. (SPUTNIK)