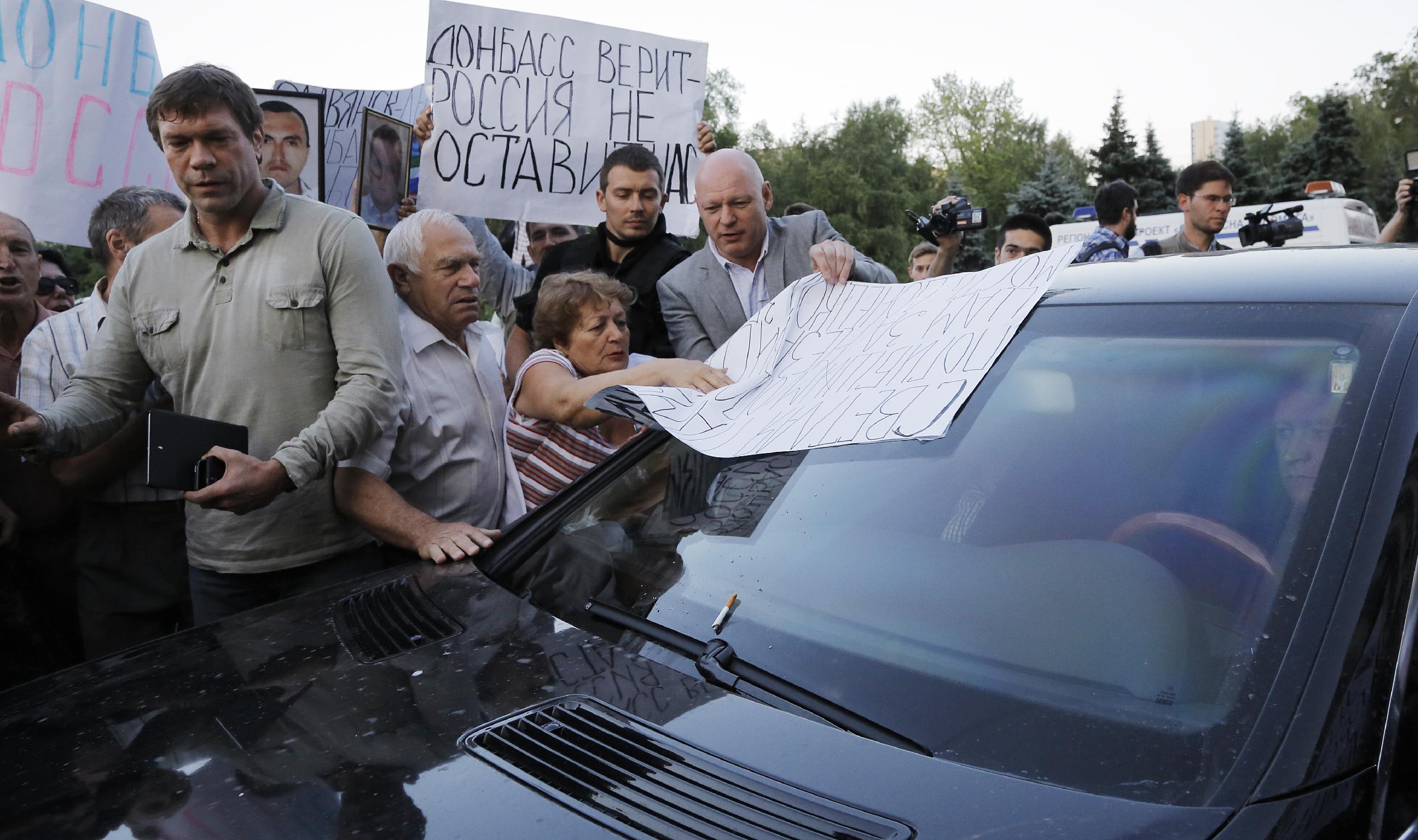 Russia’s communications watchdog, Roskomnadzor, requested yesterday that Twitter block access to a dozen ‘extremist’ (and as yet, unidentified) accounts, part of a wider state crackdown on Internet freedoms.  Twitter says it has not complied with the request to remove the accounts, but has shown officials how to report illegal content.  In a direct call to President Vladimir Putin, U.S. President Barack Obama threatened ‘additional costs’ for Russia if he did not support the peace process in Ukraine; European ministers also called for Russia to ease tensions, and also threatening to increase economic pressure.  The BBC attempts to identify some of the fighters in eastern Ukraine as Russian, interviewing online recruiters who say they are practicing ‘armed charity’.  Vladimir Ryzhkov says Ukrainian President Petro Poroshenko’s peace plan is tactical, not strategic, and therefore is bound to fail.  Syria’s Foreign Ministry credited President Vladimir Putin’s ‘initiative’ as it announced that it had eliminated the last of its chemical weapons.  How was Belgium able to beat Russia in the World Cup on Sunday? Bloomberg suggests its team could use more foreign players…

The Kremlin announced $295 million worth of funding for 14 universities this year in a bid to improve standards and improve competition against foreign institutions.  Under a new Kremlin scheme, Russian students will get the chance to study at the world’s top universities, including Harvard, Oxford, and Cambridge, with the help of government funding.  Russia’s Direct Investment Fund (RDIF) launched a new website yesterday documenting successful past investment bids, in a new effort to woo foreign money.  A new law simplifies the procedures for foreign journalists and IT specialists wanting to work in Russia.  Construction companies are struggling to raise money now that banks have hiked lending rates – partly to do with an ‘Olympic hangover’ and partly due to more sophisticated risk assessment methods.

Russian gas bound for Europe via Ukraine is currently complying with contracts, says a spokesperson for Gazprom; earlier reports that Ukraine was siphoning off Europe’s gas have been denied.  The Interior Ministry is cracking down on policewomen in miniskirts.  Here are some highlights of Edward Snowden’s first year in Russia.