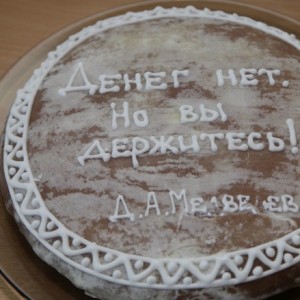 Russia has decided it will not allow the Parliamentary Assembly of the Council of Europe to act as international observers in the September parliamentary elections, the motto of which is ‘Openness, Competition and Legitimacy’.  The Guardian analyses the Kremlin’s attempt to deter the political opposition, and, in particular, the ways in which they are succeeding.  Police have raided the St. Petersburg offices of the independent-minded Novaya Gazeta newspaper, supposedly in connection with a fraud case.  Taisiya Osipova, from the Other Russia opposition movement, has lodged a complaint with the European Court of Human Rights about unacceptable prison transport conditions.

Italy is attempting to delay the extension of the European Union’s economic sanctions against Russia.  Reports of Europe softening its approach to Russia are multiplying, but will that change Russia’s attitude to Europe? wonders RFE/RL.  State Duma deputies have withdrawn a clause in anti-terror legislation that could remove Russian citizenship from individuals.  This article suggests that Russia may well deploy advanced nuclear-capable missiles in its European exclave of Kaliningrad by 2019, under the pretext of responding to the U.S.-backed missile shield in eastern Europe.  Vedomosti reports that wealthy Russian families lost between 25 and 75% of their income in 2015.  Debt-addled state development bank VEB says it will restructure more than $3.1 billion in loans tied to the 2014 Sochi Olympics.  The Brexit, announced today, poses only minor risks to Russia, says the Finance Ministry.

The production of cakes with the notorious quote by Prime Minister Dmitry Medvedev, ‘There is no money. Hold on in there,’ painted on in icing, has been banned in the Siberian republic of Buryatia.

PHOTO: A popular cake with the quote by Prime Minister Dmitry Medvedev, ‘There is no money. Hold on in there’.  The production of such cakes has now been banned.  (Arkady Zarubin / Facebook)