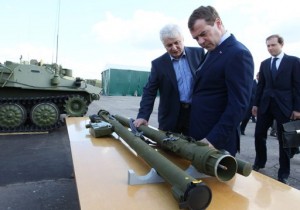 The trial of punk protest group Pussy Riot will begin on July 30, with the court promising to broadcast it on the internet to ensure transparency (a decision branded ‘suspicious’ by the defence).  Western bands Red Hot Chili Peppers and Faith No More have all voiced support for the group’s incarcerated members, with hopes that Madonna will draw attention to their plight at upcoming concerts in Moscow and St Petersburg.  Performing at a music festival outside Moscow, Franz Ferdinand dedicated a song to Nadezhda Tolokonnikova, Yekaterina Samutsevich, and Maria Alekhina.  Last night, St Petersburg painter sewed his own mouth closed and stood outside the Kazan Cathedral where the group originally performed in protest of their detention.  The mother of lawyer Sergei Magnitsky has applied to a Moscow court to release the names of prosecutors who oversaw the investigation into her son’s death.

A journalist at the Emergencies Ministry radio station alleges that he and several of his colleagues were forced to quit over ‘inappropriate’ coverage of the Krymsk floods and a bus crash in Ukraine (the Ministry apparently deemed the reports overly critical of the Ministry and the Orthodox church).  Observers say the weekend’s Kasimov elections, which saw United Russia winning with almost 50% of the vote, were marred by fraudulent practices including ballot stuffing.  ‘The number of violations per voter was unprecedented,’ said a member of Golos.  Is the Kremlin plotting a wide-scale manipulation of the October elections to tip the scales in United Russia’s favour?  Vladimir Ryzhkov looks at various threats and problems currently faced by the ruling party in a number of regions.

President Vladimir Putin says Russia will not decrease its stockpile of euros and euro-denominated assets, or take any action to compromise management of the euro-zone debt crisis.  Italian Prime Minister Mario Monti is in Moscow to boost energy ties.  Yesterday he met with Putin to discuss a sped-up construction plan for the South Stream pipeline.  Further to yesterday’s deals, Italian bank Intesa Sanpaolo has announced a joint venture with Gazprombank.