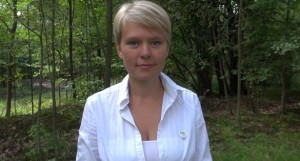 The Yabloko party said it would back renowned environmental activist Yevgenia Chirikova’s candidacy for Khimki mayor, withdrawing its own candidate in her favour.  PARNAS said it would also support Chirikova’s candidacy if Yabloko withdrew its candidate, following a common party line that opposition candidates should not run against each other (‘the more opposition candidates there are in the race, the better it is for the ruling regime’).  Chirikova’s bid will focus on moving away from dependency on natural resources and create ‘interesting work for [Khimki’s] educated population’.  Vladimir Lukin, Russia’s human rights ombudsman, says the sentence given to the three members of Pussy Riot is ‘excessive’, and he may challenge it if it is upheld at the appeal.  Michael Bohm explains why the charge of ‘hooliganism motivated by religious hatred’ is out of proportion.  The Guardian talks to Maria Baronova, one of the dozen protesters who face police intimidation and possibly prison for partaking in the May 6 Moscow action. ‘There is no doubt that there has been a turn in the policy toward those defiant Russians who dare challenge the government.’  The governor of Kamchatka dismissed his entire Сabinet this week over large-scale corruption allegations.

The Economic Development Ministry says that Russia’s new WTO status will allow it to challenge the 72 barriers on exports imposed by various of its trade partners.  Under President Vladimir Putin’s instruction, Anatoly Chubais is buying up research-and-development companies in Europe, China, Israel and the U.S. through Rusnano. ‘Firms that accept Rusnano funds must transfer technologies to Russia, build laboratories there, train local scientists and, in some cases, give Russians patent rights for the products developed.’  Foreign Direct Investment rose 8%, year-on-year, in the previous six months.

Ukraine’s decision to choose Shell and ExxonMobil instead of Lukoil for the $8.1 billion Skifska hydrocarbon project in the Black Sea is an ‘assert[ion of] its independence from Russia.’  Novatek is gaining ground over Gazprom as the preferred domestic gas supplier.  Six Greenpeace activists have climbed Gazprom’s Arctic oil platform to protest drilling in the region.  Following pressure from gay rights groups, social network site Vkontakte will now allow users to show that they are in a same-sex relationship on their profile page.

PHOTO: Yevgenia Chirikova explaining to Khimki residents why she decided to run for mayor in a video posted on her newly created campaign website. (YouTube)