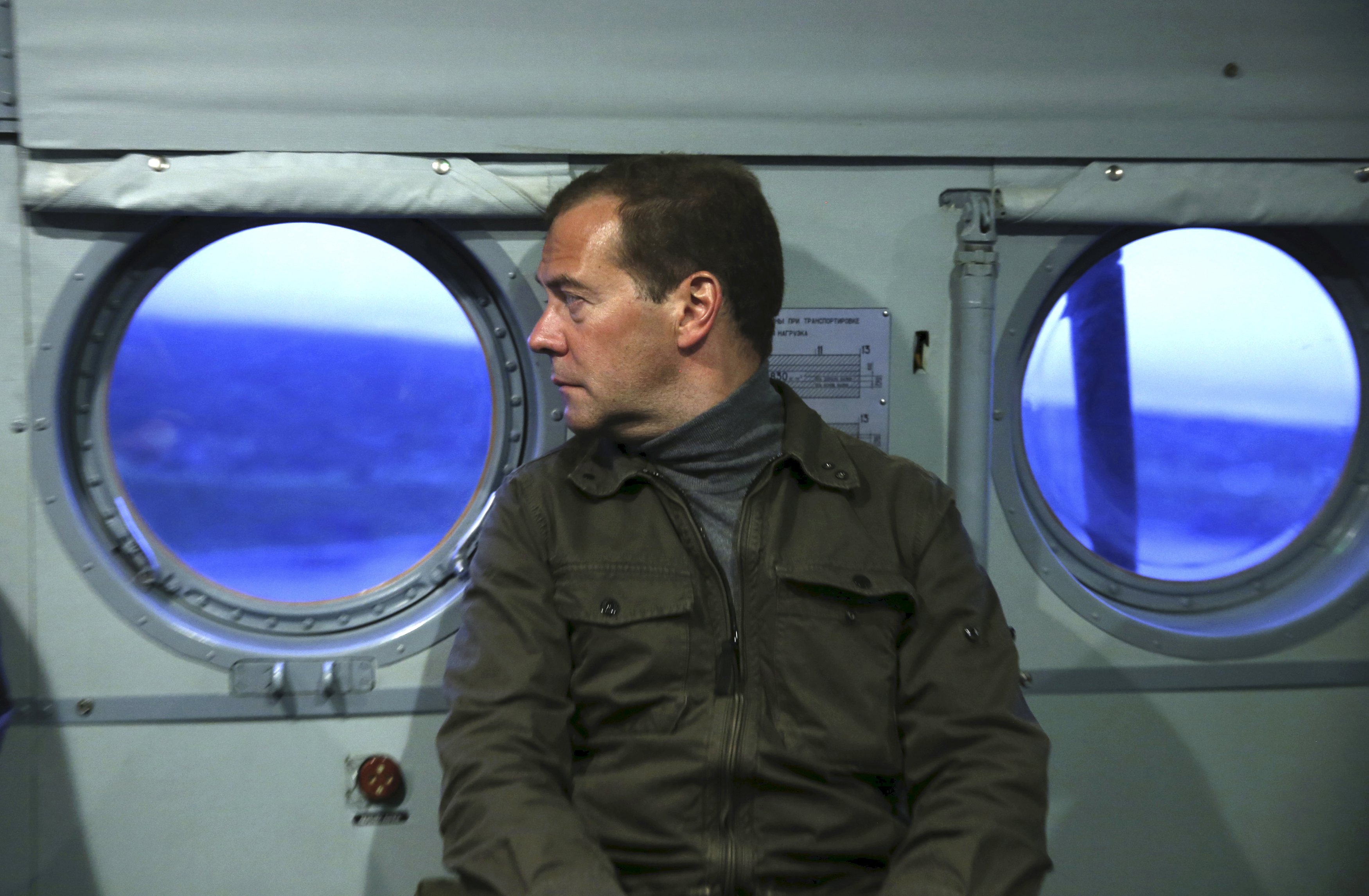 Prime Minister Dmitry Medvedev visited one of the disputed Southern Kuril Islands in the Pacific over the weekend, drawing protests from Japan; Russia seized the islands at the end of World War II.  Medvedev says that the Kremlin and the Central Bank are preparing measures to improve foreign currency sales, battered by a weakening ruble.  Russia has lost 20% of China’s direct investment thus far this year, compared with 2014, thanks to the devaluation of the ruble, although investment activity is not decreasing overall.  President Vladimir Putin will visit Beijing next month, but it is unlikely that there will be a second natural gas supply contract signed with China this time, as the current economic environment is ‘not favourable’.  Reuters comments on the disparity between the recent revelations about Dmitry Peskov’s extravagant spending, and the austerity currently faced by ordinary citizens: ‘Why aren’t more ordinary Russians outraged about being forced to support Putin’s cold war by eating Russian kasha when his own trusted spokesman was living like an oligarch in the Mediterranean?’  Economic privation is not affecting the strong market for Putin souvenirs.

Ukrainian President Petro Poroshenko is calling on his country to defeat its ‘Russian aggressor’ by granting special status to Ukraine’s eastern regions.  Ukraine’s Naftogaz wants Gazprom to make advance payments for its gas transits to Europe, which it would then use to buy Russian gas.  Foreign museums could stop lending their artworks to Russian museums over fears that a decision to end their guaranteed security will leave them vulnerable.

Wikipedia avoided being blocked by Roskomnadzor, the media watchdog, this week, by changing the URL of an offending article.  A lawyer for the family of Boris Nemtsov says Vladimir Putin is too scared to question Chechen leader Ramzan Kadyrov over the opposition leader’s murder; his daughter Zhanna filed a complaint with a Moscow court over investigators’ failure to question Kadyrov.

PHOTO: Russia’s Prime Minister Dmitry Medvedev looks out from a window of an aircraft during his visit to Iturup Island, one of four islands known as the Southern Kurils in Russia and Northern Territories in Japan, August 22, 2015. REUTERS/Dmitry Astakhov/RIA Novosti/Pool