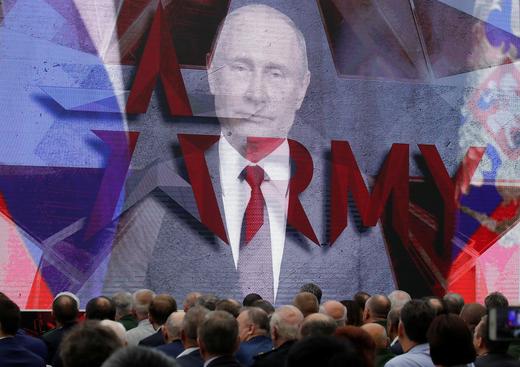 Deputy Foreign Minister Sergei Ryabkov says that, despite sanctions, Russia has no plans to halt its supplies of either rocket engines or titanium to the US. Russia is planning to halt purchases of electronic devices and components from the US, and vowed to hasten its efforts to stop using the US dollar in global trade, particularly in oil, with the initial support of Turkey and Iran. In a call with his US counterpart, Foreign Minister Sergei Lavrov said that Washington’s approach to bilateral ties is “destructive” and hindering progress. The direct communication line between Russia and the White House was made entirely by Russia. The European Union is unlikely to comply with the UK’s call for more Russia sanctions.

The FT insists that Nord Stream 2 will weaken Germany and its allies, but Chancellor Angela Merkel is actively spreading positive propaganda for the pipeline, telling students in Tbilisi that it won’t increase German dependence on Russian energy. President Vladimir Putin attended a ceremony marking the 75th anniversary of the Battle of Kursk, calling it “a definitive turning point in WW II”. A “radical feminist separatist” blogger says she has been warned by investigators that she may face extremism charges over posts she made in recent years, after a Birobidzhan local complained that her posts insulted him “as a representative of the ‘male’ social group”. Russian trolls have apparently turned their attention to the vaccination debate.

Despite its reclassification of $5 billion worth of Russia-linked assets, Credit Suisse insists that it remains “highly committed to Russia”. Deutsche Bank is threatening to stop doing business with the Kremlin over “Know Your Customer” documents that it failed to submit earlier this year; the bank was fined last year for helping Russians move $10 billion out of the country using methods that the US said could have facilitated money laundering. Dutch shipping company Maersk is about to launch its first Arctic container shipping route, opened up by climate change. Kalashnikov has unveiled an electric concept car that will seek to compete with Tesla.

PHOTO: Russia’s President Vladimir Putin addresses participants via a video link during the opening of the expo. REUTERS/Maxim Shemetov August 23, 2018